Culpepper's involvement marks the first time that a female director will launch a new Star Trek series or film into existence. There have been plenty of episodes directed by women in the life of the Star Trek franchise, but Culpepper has been given the momentous opportunity to bring a new series to life, featuring one of the most beloved characters from the Star Trek universe.

Culpepper has a few Star Trek credentials already under her belt, having directed two episodes of Star Trek: Discovery. In Season 1 she directed Episode 12, "Vaulting Ambition," and in Season 2 she directed the upcoming tenth episode. 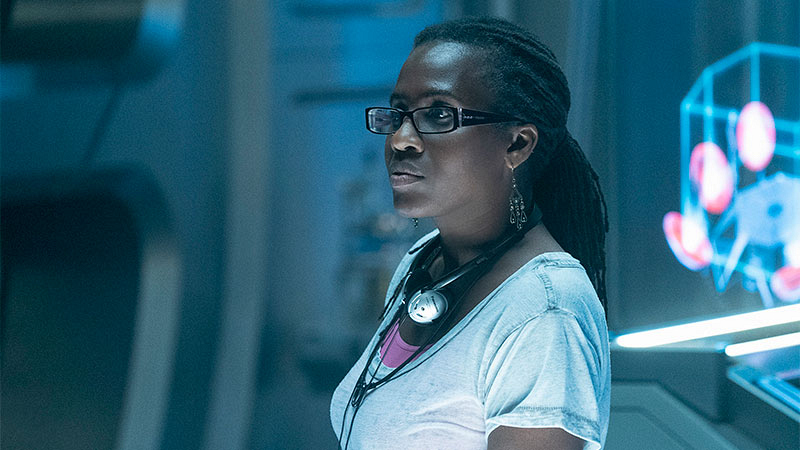 The new series will benefit from Culpepper's years of work in television. She most recently directed episodes for USA's Shooter and AMC's upcoming NOS4A2, but also has credits ranging across network heavy-hitters such as How To Get Away With Murder, Gotham, Criminal Minds, and American Crime.

Executive Producer Alex Kurtzman expressed his enthusiasm for Culpepper's involvement saying, "Hanelle is a gifted and dynamic filmmaker whose directorial choices are always deeply rooted in character. I've been a huge fan of her work since she started with us on Discovery, and she's the perfect person to re-introduce the beloved character of Picard to longtime fans and new viewers alike. We're thrilled she's joining our Trek family on this next adventure."

The untitled Jean-Luc Picard Star Trek series sees Patrick Stewart reprising the role he played for seven seasons on Star Trek: The Next Generation. The new series will follow this beloved character in the next chapter of his life and will air exclusively on CBS All Access.