It's been ten weeks of non-stop action and revelations but the conclusion is upon us in the Season 1 finale of Star Trek: Picard. Here to break it all down for you is a new installment of "The Ready Room" with Wil Wheaton!

If somehow you're still a stranger to "The Ready Room," you can catch the first nine installments on CBS.com, Facebook (@StarTrekCBS), IGTV (@StarTrekCBS), and YouTube (CBS All Access).

This week, host Wil Wheaton (Star Trek: The Next Generation) is joined by the retired Admiral Jean-Luc Picard himself, Sir Patrick Stewart, along with Alison Pill, who portrays Dr. Agnes Jurati.

If you're here, you must know that spoilers lie ahead, so proceed with caution!

"It wasn't really returning to Jean-Luc because he was frustrated, unhappy, angry," Stewart explains. "How often did we see Jean-Luc Picard angry [on The Next Generation]? I mean, maybe if some wrong had been done, he might get angry. So it's been fascinating to take that 12, 14-year foundation and now build something different on top of it."

Stewart adds that the biggest difference between the two series is obvious: he's not the captain of the ship. He may be leading the rag-tag mission, but he's not at the helm of the La Sirena.

"There was a moment, I think it made it into one of the episodes, when I go to sit down and almost sit in the captain's chair before realizing it is very inappropriate to do that and I go off into the wings, so to speak," he says.

Shooting on the La Sirena was an altogether different experience than shooting on the bridge of the Enterprise, as well, Stewart continues.

"One of the things I do love about being on the ship is that we have huge flights of steps to climb up because they have built the ship," he says. "Getting onto the bridge is a procedure and involves climbing up the outside of the ship, in a sense; that's very, very different. No just walking across Stage 8 or 9 to another set." 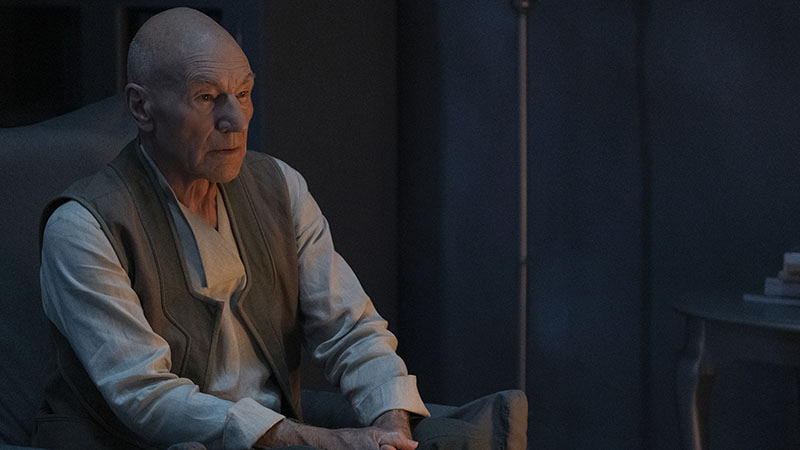 Star Trek: Picard tackles institutional failing
Pill points out that Picard also differs from Next Generation in its overarching message, which she says has to do with questioning institutional authority in a broader sense.

"We used to accept Picard just on the basis of him, as like, 'Oh yeah, he's right. No matter what,'" she explains. "And this is both a response to that and a kind of extension of that. He's fallible, Picard is fallible and though he's the hero of the show, he's also older, somewhat wiser but also somewhat more broken by the system."

She continues, "Across the world today, there are huge questions of institutions right now, in terms of...who we trust, what we trust...all of these trust questions have been rising for things that we used to take sort of blindly. And I think that's an interesting place to start when you have this man who's played a leader that you could sort of blindly go with because he was always going to do the right thing and to kind of look at him as a human in a different light."

Stewart agrees: "This will sound pompous, in a way, I think the world needs Star Trek right now. [The world's] a mess, and it's likely to get much worse."

Agnes Jurati's path
From being a seemingly naive doctor, to killing Bruce Maddox and then switching sides to break Picard out of captivity, Pill's character, Dr. Agnes Jurati, is on quite a journey in the show's first season.

Pill says she had some sense of what was coming before she signed on to the role.

"[Kurtzman and I] had a conversation before I signed on. In that, he told me, you know, she is going to kill Maddox and she is going to think she's working on the side of the angels that whole time and will be tortured by the decision."

Pill continues that it was exciting for Jurati to use her doctoring skills in the final episode when Picard suffers a medical emergency and the medical hologram is disabled.

"As the story goes on, her brilliance finally finds a way to help in a real heroic way and it was so exciting to get to have this kind of lonely nerd find her way to be part of the crew. It's nice that Jurati gets to really show up and break this guy out." 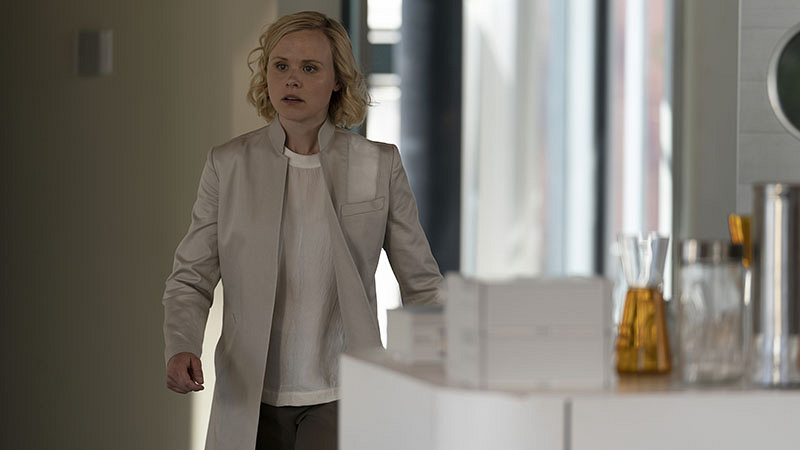 Final tid-bits
And, as a final treat for "The Ready Room" viewers, here are some fun tid-bits from Stewart and Pill's conversation with Wheaton.

- Star Trek: The Next Generation stars LeVar Burton and Michael Dorn visited the Picard set during the filming of "Nepenthe," which featured fellow TNG actors Marina Sirtis and Jonathan Frakes. "It was thrilling to see our people get excited that they were sharing an hour or two with LeVar and Michael," Stewart says.
- Patrick Stewart has the last Starfleet uniform he wore hanging in a wardrobe in his England home.
- Stewart didn't know the in-universe background of the "Picard Maneuver," which is mentioned in the finale. "Jonathan Frakes named an action we all had to do with our uniforms [on TNG], it was to pull them down because Gene Roddenberry wanted them to be as smooth as possible, and it was Jonathan Frakes who christened that the 'Picard Maneuver.'"
- Stewart had to do several takes of the moment in "Et in Arcadia Ego, Part 2" when he leaves the room with Data and turns back. "I couldn't say the lines. I was too emotional. People will say, 'It's a TV show, come on, get real.' It may be, but it has an extraordinary history. And my friendship with Brent Spiner is completely fused with Picard's relationship with Data, so that's why it happened." And that's all, folks!

Watch full episodes of Star Trek: Picard, exclusively in the U.S. on CBS All Access.