So You Watched Star Trek: Picard: What Next?

Find out which Star Trek series is right for you after watching Star Trek: Picard.
Season 1 of Star Trek: Picard may have ended, but that doesn't mean your need for bingeable Star Trek content has. And we're here to help fill that void!

If you're a Star Trek newbie interested in watching more Star Trek series post-Picard, but aren't sure where to start, we've got the guide for you!

Read on for a complete rundown of all the Star Trek TV series available to stream on CBS All Access—in Stardate-chronological order, no less. 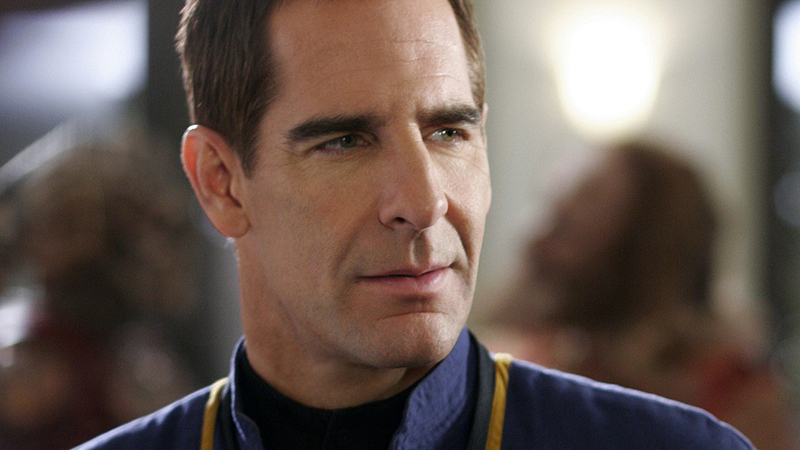 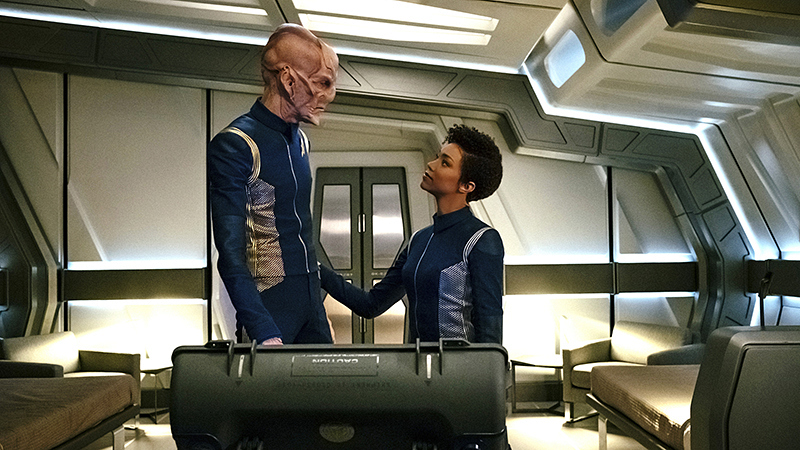 Star Trek: Discovery serves as an exciting, character-driven installment in the Star Trek universe and, in its first season, follows the voyages of Starfleet on their missions to discover new worlds and new life forms. The second season finds the crew of the U.S.S. Discovery joining forces with Captain Christopher Pike (Anson Mount) on a new mission to investigate seven mysterious red signals and the appearance of an unknown being called the Red Angel. While the crew must work together to unravel their meaning and origin, Michael Burnham is forced to face her past with the return of her estranged brother, Spock.

Time Commitment: 29 episodes across 2 seasons, 45 minutes each
Key Episodes: "Into the Forest I Go," "Project Daedalus," "Such Sweet Sorrow"
Start From The Beginning: Watch Season 1, Episode 1 of Star Trek: Discovery, "The Vulcan Hello" on CBS All Access 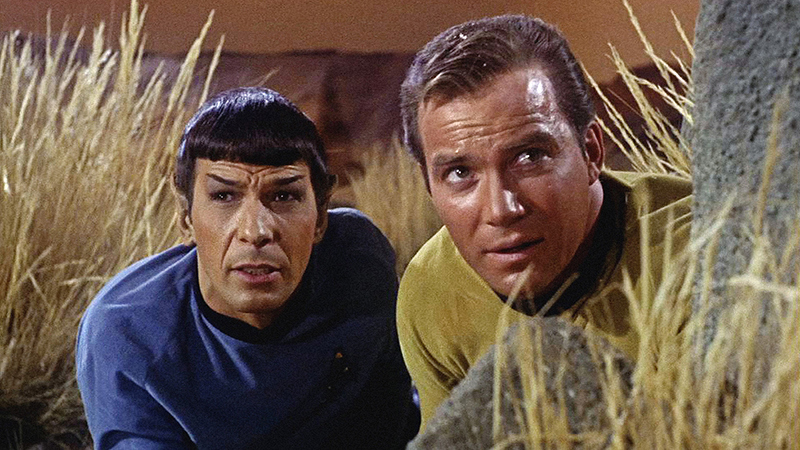 Star Trek (The Original Series)
Where it all began. The original Star Trek may not have been what would be considered a commercial success during its original run from 1966 to 1969; however, once in syndication, the first-ever Star Trek series garnered a devoted fan base.

The series features the bridge crew of the U.S.S. Enterprise as they explore new worlds and alien cultures under the Prime Directive, often while examining deeper real-life cultural issues and pushing the boundaries of early television.

Time Commitment: 79 episodes across 3 seasons, 50 minutes each
Key Episodes: Watch the first appearance of "live long and prosper" in Season 2, Episode 1, "Amok Time"
Start From The Beginning: Watch Season 1, Episode 1 of Star Trek: The Original Series, "The Man Trap" On CBS All Access 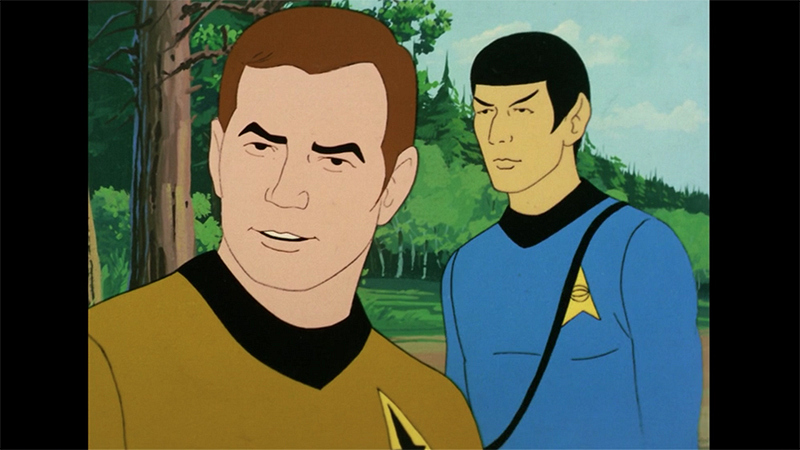 Star Trek: The Animated Series
In 1973, after Star Trek had been canceled for a few years, Gene Roddenberry took the Star Trek universe into the realm of animation. The majority of the original actors in Star Trek returned to voice their animated counterparts and The Animated Series picks up where the live-action show left off, serving almost like the fourth season the original series never got.

D.C. Fontana, a writer for both the original series and The Animated Series, has said she considers The Animated Series' two seasons to be the completion of the Enterprise's five-year mission under Captain Kirk, a mission mentioned in The Original Series' opening monologue each week.

Fun fact: Star Trek: The Animated Series won the Daytime Emmy for Best Children's Series, based on the episode "How Sharper Than a Serpent's Tooth."

Time Commitment: 22 episodes across 2 seasons, 25 minutes each
Key Episodes: "The Infinite Vulcan," "The Practical Joker," "Mudd's Passion"
Start From The Beginning: Watch Season 1, Episode 1 of Star Trek: The Animated Series, "Beyond the Farthest Star" on CBS All Access 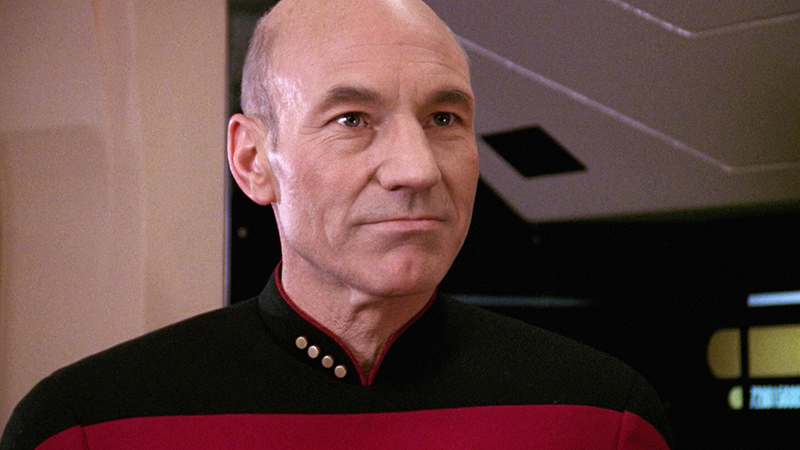 The Next Generation, also known as TNG, served as the biggest influence on Star Trek: Picard, so if the now-retired admiral and Data's relationship was your favorite part of Picard, you'll get a kick out of seeing where it all began in Star Trek: The Next Generation. Data's quest to embody humanity is a major recurring plot point in TNG, which, like The Original Series, follows the adventures of the bridge crew as they explore "strange new worlds."

Time Commitment: 178 episodes across 7 seasons, 45 minutes each
Key Episodes: "The Measure of A Man," "I, Borg," "The Best of Both Worlds, Part I"
Start From The Beginning: Watch Season 1, Episode 1 Of Star Trek: The Next Generation, "Encounter at Farpoint, Part 1" on CBS All Access 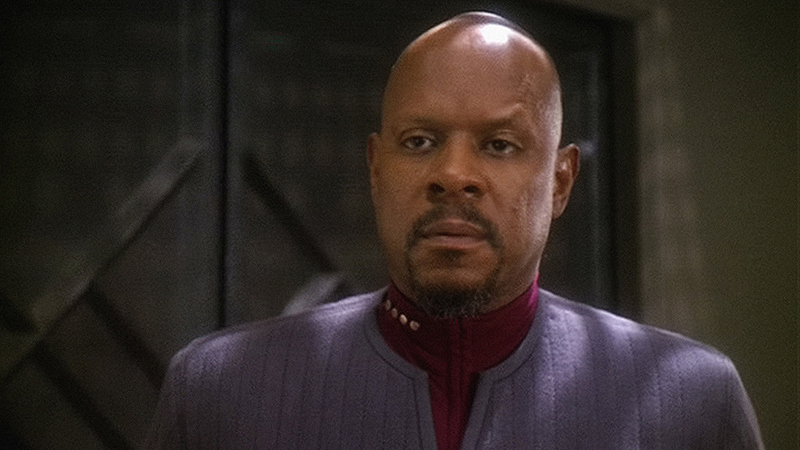 The series is named after the starbase on which it takes place, Deep Space 9, which also makes it the first Star Trek series not to take place on a starship. Headed by Captain Benjamin Sisko (Avery Brooks), Deep Space Nine includes a large cast of recurring characters in its seven seasons and focuses on the conflict between warring alien races including the Cardassians and the Bajorans. 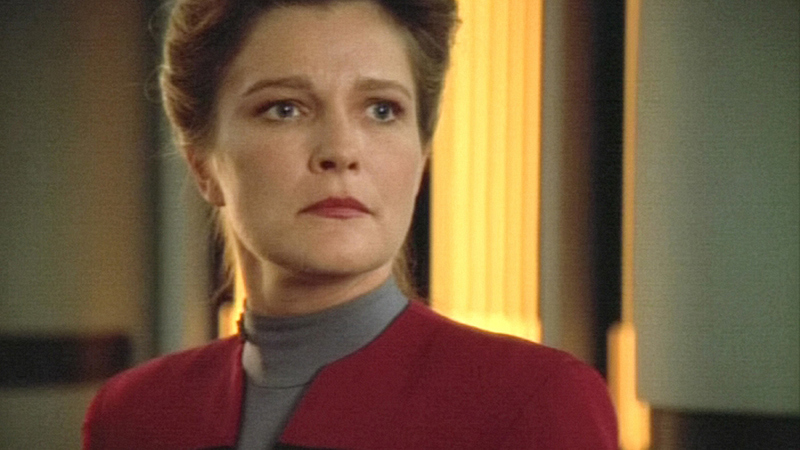 Star Trek: Voyager
If you felt like there might be more to Seven of Nine's story than what was told in Star Trek: Picard, you'd be right! And this is where you can find it.

Jeri Ryan originally starred as Seven of Nine on Star Trek: Voyager, which premiered in 1995. The series follows the crew of the U.S.S. Voyager, a starship unexpectedly catapulted to the Delta Quadrant while on a mission, a distance of 70,000 light-years from Earth and a projected 75-year journey back home.

Seven of Nine is introduced during a conflict between the alien species the Borg and the Voyager crew. After serving as a go-between for the Borg and Voyager, the crew is able to override her neural connection to the Collective, allowing her to join Voyager and start the process of reclaiming her humanity.

Time Commitment: 172 episodes across 7 seasons, 45 minutes each
Key Episodes: "Scorpion, Parts I & II," "The Gift," "Year of Hell, Parts I & II," "Hope and Fear"
Start From The Beginning: Watch Season 1, Episode 1 of Star Trek: Voyager, "Caretaker, Parts I and II" on CBS All Access

Time to choose your next Star Trek adventure and be sure to watch full episodes exclusively on CBS All Access!