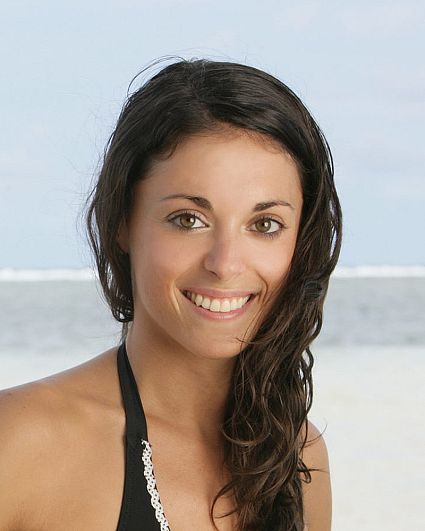 Eliza Orlins was born in New York City to parents Susan and Steve. She grew up splitting her time between NYC and China. When she was four years old, she and her parents went to Beijing where they adopted her sister, Sabrina. Sixteen months later, her youngest sister, Emily, was born. Her father's career moved them to Hong Kong where she spent two years attending Hong Kong International School. Her family then moved back to New York until 1995 when they moved to Washington, D.C. In 2001, Orlins graduated from the Sidwell Friends School where she ran varsity track and cross country. She also completed the Marine Corps Marathon with the AIDS Marathon Training Program her junior year. At Sidwell, she also wrote and edited for the school newspaper and was the assistant director of the spring musical "Damn Yankees."

Orlins is currently a third-year student at Fordham University School of Law and will graduate with her J.D. in December of 2008. At Fordham, Orlins participates in many school activities. She describes herself as insanely over-committed, but happy. She is the Co-Intraschool Editor of the Brendan Moore Trial Advocates (Fordham's Mock Trial Team), the Co-Symposium Editor for the Urban Law Journal and the President of the Fordham Law Democrats. For the Moores, Orlins has competed in multiple trial advocacy competitions, bringing home an individual award for Best Opening Statement at the National Trial Advocacy Competition held at Michigan State University in Fall 2006. For the Urban Law Journal, Orlins and her co-editor are currently planning a symposium on the constitutionality of lethal injection.

Orlins describes herself as an intense, vivacious, driven and politically-active woman who loves reality television, sports, especially New York and Syracuse teams, and her puppy Oscar. She says she brings her competitive nature, athleticism and enthusiasm to SURVIVOR.

Orlins currently lives in Manhattan with her boyfriend Justin and her Yorkshire Terrier, Oscar. Her birth date is December 25, 1982.