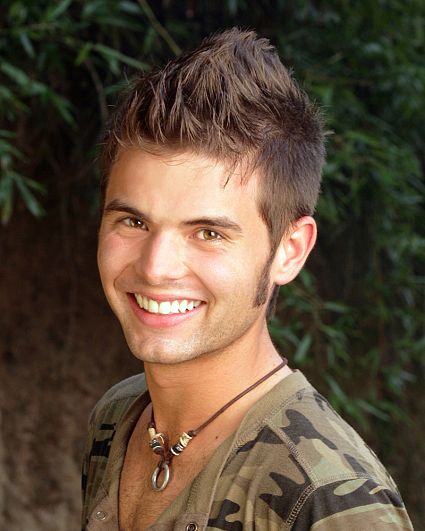 Todd
Biography
Todd Herzog is an openly gay Mormon who came out shortly after high school and won the hearts of everyone at his school. He attended Pleasant Grove High School in Utah and then two years of college at Utah Valley State College. He currently works as a flight attendant. He previously worked as a manager at a movie theater and at a major theme park.

Herzog has previously lived in Seattle, Orlando and Denver. His hobbies include traveling, shopping and drinking coffee. He enjoys surfing, biking and boating. He's allergic to cats, rabbits and shrimp. He describes himself as fantastic, amazing, awesome and super-original. He believes he will do well on SURVIVOR because he claims he is very positive, great at social skills and strategizing, and he's willing to "gather wood and sh*t." He thinks the Spice Girls are the most significant historical event of the past 100 years and is unbelievably stoked that they are going on a reunion tour this winter.

Herzog currently lives in Pleasant Grove, Utah. He has one brother, Tyler, and three sisters, Brandy, Kimmi and Tori. His birth date is January 29, 1985.