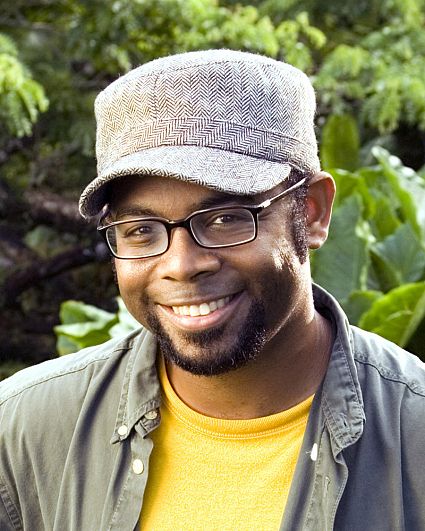 Anthony
Biography
Growing up in Compton, California, Anthony Robinson was raised by his mother and grandmother. After high school, Robinson moved to New Haven, Connecticut where he received his Bachelor of Arts degree in American Studies from Yale University. While at Yale, he performed in two college plays and various college sketch comedy shows with Yale's "The Fifth Humour."

Robinson currently works in legal support services where he helps find expert witnesses for attorneys. He also coordinates the inspections, exams and testimonies. He previously worked in public relations and in computer support and sales.

Robinson enjoys gaming--live action role-playing (dressing up in costumes and reliving an era or genre), video games and poker. He also enjoys dancing, juggling, roller hockey, watching movies and creating his own movies. He describes himself as friendly, dorky and intelligent. He is a member of the Yale Alumni Association and a genre writing group called "Fictionados."

Robinson is currently single and living with his mother and grandmother in Compton, California. His birth date is June 25, 1974.