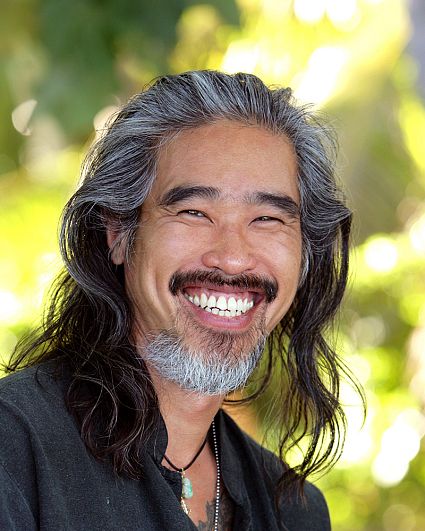 Cao Boi
Biography
Born in Vietnam, Anh-Tuan "Cao Boi" (pronounced Cowboy) Bui was a Vietnam War refugee when he was 11 years old. He eventually moved to the U.S. and attended Virginia Polytechnic Institute and State University. He previously worked as a photographer, used car salesman, fisherman and farm hand. He currently works as a nail salon manager.

Bui's hobbies include bicycling, hiking, sky diving, photography and meditation. He hiked the Appalachian Trail in 2003 and has biked cross-country. He also enjoys playing classical music on his Martin Backpacker guitar.

Bui is married to Kristol Bond and has two children, Jesse Dakota and Nicholas Roundtree. He has one dog, Charlie Woof, which he brought back from Vietnam when he visited in 2003. He also has two cats, Minki and Pinki. He currently resides in Christiansburg, Virginia. His birth date is April 10, 1964.