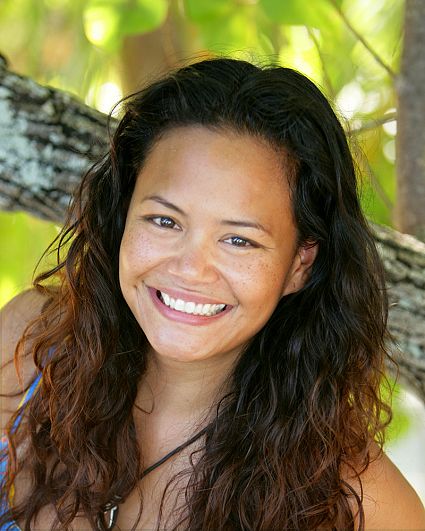 Jenny
Biography
Born in Chicago, Jenny Guzon-Bae was raised in the western suburb of Melrose Park, Illinois. A natural tomboy, Guzon-Bae was often found playing football, softball, basketball, climbing trees or racing bikes with the boys in her neighborhood. Despite her parents' efforts to make her more lady-like by enrolling her in ballet and gymnastics (13 years of training), Jenny preferred beating out the boys. It wasn't until high school that Jenny finally embraced her feminine side, but she was still the fierce competitor on the inside.

A skilled writer, Guzon-Bae began honing her skills at age 15 when she was hired as a columnist for VIA Times, the largest minority newspaper in the Chicago area. She eventually graduated college with a Bachelor of Arts Degree in journalism from Columbia College in Chicago. She parlayed her writing skills into the spoken word when she became a television reporter for Chicago's only Filipino-American news program, "Philippine News Reports." Having retired from reporting a few years ago, Guzon-Bae continues to serve her community by emceeing various social events. She is currently a real estate agent.

Guzon-Bae heads up a volleyball league in her spare time. She also enjoys shopping, yoga, pilates, traveling and playing the board game Scrabble. She recently took up fencing, tennis and belly dancing. She enjoys watching boxing, basketball and football.

Guzon-Bae is a member of the North Shore Barrington Association of Realtors.

Guzon-Bae currently resides in Lake Forest, Illinois with her husband, Don, and their son, Casey. They have three dogs: Cola (an Australian Shepherd), Peanut (a Pembroke Corgi) and Sam (an American Eskimo). Her birth date is May 8, 1970.