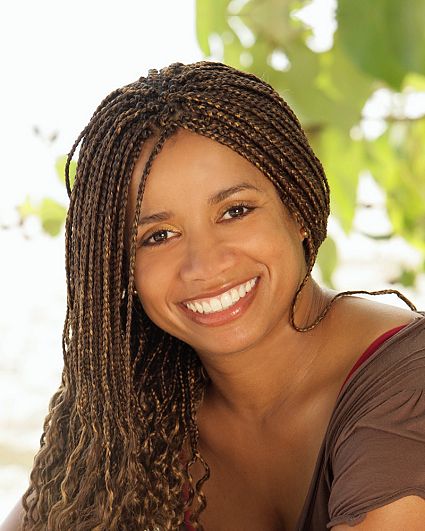 Rebecca
Biography
Rebecca Borman was born and raised in Laurelton, New York, where she attended Jamaica High School. She attended three years of college at Montgomery Community College and Essex Community College. She then went on to study drama at Queens College. While in school, Borman was also a dancer and did make-up for theater productions.

Borman has been a make-up artist for 15 years. She received her first Emmy Award for Outstanding Make-Up on a Daytime Talk Show for her work on "The View," where she still works and does make-up for former Survivor Elisabeth Hasselbeck.

Borman enjoys dancing, tennis, collecting music and rescuing stray cats. She is very proud of her family, including her father who, after 40 years as a banker, is retired and living in Long Island with Borman's stepmother, a professional belly dancer. Her mother is a principal in White Plains, New York, and her sister, Nicole, resides in New Jersey with her husband. Borman just recently purchased her first home with her stepsister, Jocelyn.

Borman currently resides in Laurelton, New York, with her two cats, Blinky and Pookie. Her birth date is August 31, 1971.