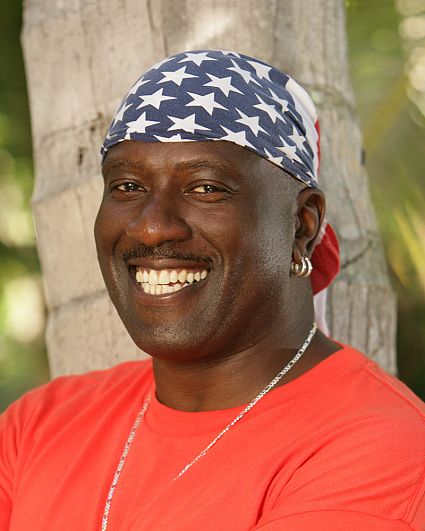 Sekou
Biography
Born and raised in New York, Sekou Bunch began pursuing his creative talents at an early age. One of his first paintings was put on display at the Museum of Art in New York when he was just seven years old. At this time, Bunch also began dancing in local talent shows, often taking first prize. He later became one of the original break dancers in the Bronx, where he often attended the famed "DJ Kool Herc" parties. At age 15, Bunch picked up a bass guitar and, with the help of his Uncle Ralph, found his true passion. Three years later, Bunch recorded his first professional record, Funkin' for Jamaica, an LP that eventually went gold. While honing his skills, he completed two years of college at St. Francis College and Glendale Community College.

Currently a professional jazz musician, Bunch continues to tour, record and act. He plays electric bass, double bass, clarinet, guitar and piano. He has recorded and performed with Will Downing, Lalah Hathaway, George Benson, Quincy Jones, Coolio, Michael Jackson, Liza Minnelli, Luther Vandross, Roger Daltry, Paul Anka, Anita Baker, Wayne Shorter, Ray Charles and Ice Cube, among others. He co-wrote the Tom Browne single, "Thighs High." He appeared in the feature films "Coming to America," "Wild Orchid" and "Byrd." He has also played on numerous commercials and soundtracks, having most recently recorded the bass for the feature film "The Fast and the Furious 3." He can also be seen in the upcoming feature film "Dreamgirls." In addition, Bunch will release a new CD of his own entitled The Next Level in December 2006.

Bunch enjoys gardening, painting, drawing, reading and writing. He also enjoys basketball, racquetball and lifting weights. He is most proud of obtaining his first Gold Record Award when he was just 19 years old.

Bunch currently resides in Los Angeles. He has three children, Brandis, Brooke, Shalonda, a step daughter Kai, a fiancée, Toi, and is a proud grandfather to Carlos and Shelby. His birth date is September 9, 1960.