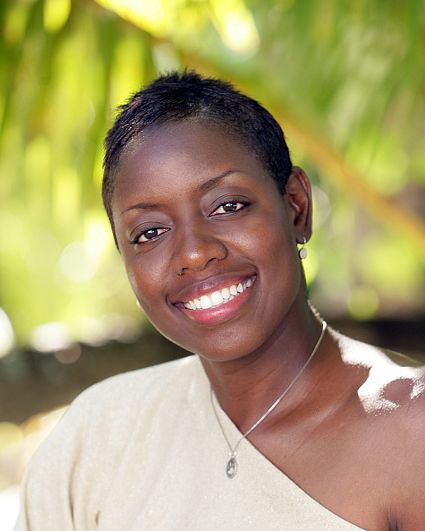 Stephannie
Biography
Stephannie Favor was born and raised in Columbia, South Carolina. She received her Bachelor of Science Degree in business management and marketing from Clemson University in 1993. She was previously in the United States Armed Forces and served in Desert Storm during the Gulf War. She is currently pursing an Associate's Degree in nursing from Midlands Technical College. She previously worked as an account manager for multiple companies.

Favor enjoys volleyball, jogging, singing and dancing. She is particularly fond of gospel music. She is a member of Sigma Gamma Rho Sorority and has earned the distinction of CTM (Competent Toastmaster) in the Toastmasters International Organization.

Favor currently lives in Columbia, South Carolina. She is married to her high school sweetheart, Rodd, and they have two children, Raynah and Ryan. They also have one dog, Prosperity (a Chow mix). Her birth date is July 12, 1970.