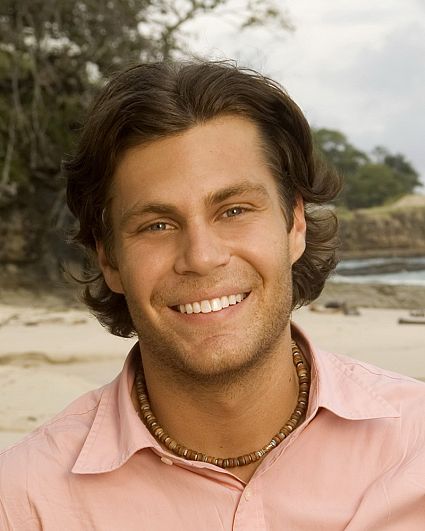 Austin
Biography
Austin Carty was born and raised in High Point, North Carolina. He studied three years at Liberty University in Lynchburg, Virginia, where he played Division One soccer while studying speech communications and public speaking.

Carty is currently an established author (he is signed with a literary agent based in New York City). In 2003, his first novel, Somewhere Beyond Here, was published. His agent is currently shopping his two subsequent novels, Storm of Fireflies and Grays' Sacrifice. He supplements his income with modeling for print and commercial advertising. He has previously worked in retail, as a waiter and as a bartender.

Carty enjoys writing, reading, playing guitar and piano. His favorite sport is soccer. He describes himself as charismatic, humorous and genuine. He believes his athleticism, strength and intelligence will help him become the Sole Survivor. Carty's hero is his grandfather. He says if he can one day secure half of his grandfather's faith and integrity, he'll consider his life a success.

Carty is currently single and residing in High Point, North Carolina. He is very proud of his sister, Elizabeth, who is currently Miss United States Teen. His birth date is April 29, 1981.