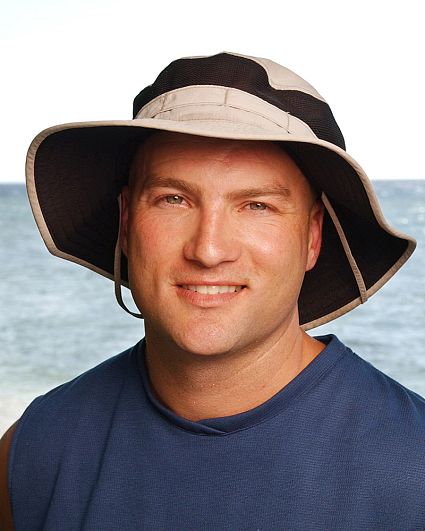 Chad
Biography
James "Chad" Crittenden was born on a military base in Oceanside, California. Growing up in Half Moon Bay, California, he discovered a love of sports and the outdoors, particularly soccer and fishing.

Crittenden attended Half Moon Bay High School, where he participated in many sports (soccer, tennis, bowling, fishing, running, mountain biking) as he pursued a collegiate future.

After high school, Crittenden decided to work at a local community college before pursuing studies at the University of California at Davis, majoring in International Relations with an emphasis on world resources, the environment and Spanish. Upon graduation, he accepted summer day-care jobs that ultimately led him to an after-school tutoring program. From there, he accepted an offer to head a new bilingual tutoring program in San Jose. Two years later, an internship where he taught a bilingual second grade class launched his career.

After two years teaching in San Jose, Crittenden accepted a teaching contract in San Salvador, El Salvador, where he met his wife, Dyann. Upon returning to the US, Crittenden and his family settled in the San Francisco Bay area. They have two children, Clara (3) and Trevor (4 months).

About one and a half years ago, Crittenden went to the doctor to have a lump on the bottom of his foot removed and discovered find it was a cancerous tumor. Synovial Sarcoma is a rare and deadly form of cancer (comprising less than one percent of all cancers) and amputation was necessary just below the knee. His recovery was miraculously quick, and he completed a triathlon nine months after the surgery. After many prostheses and much development, he feels that he has almost reached his post-surgery potential. Crittenden has been cancer-free for almost two years and has decided to take a leave of absence to be a full-time dad, which he has been planning for some time. He looks forward to the adventure.