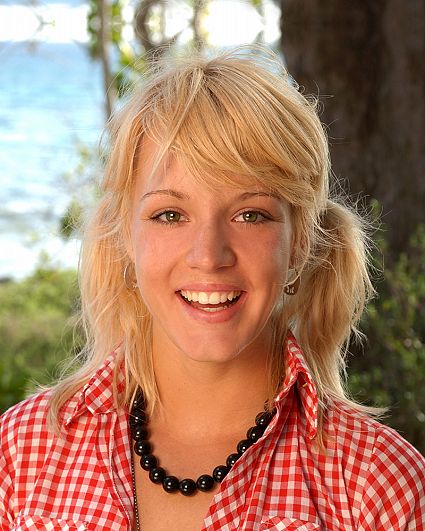 Dolly
Biography
Dolly Neely was born in Clarion, Pennsylvania. She spent approximately four years living on the Potomac River in Alexandria, Virginia, while attending classes and hanging out at the National Press Club (her mother works for the World Bank) where, along the way, she met former Presidents Gerald Ford and Bill Clinton, as well as President George W. Bush. Her overseas journeys have taken her to Germany, England, Uruguay and Argentina.

Neely currently lives at Lake Latonka located in Mercer, Pennsylvania. She is a shepherdess to approximately 40 sheep on her 90-acre farm, having taken over after her grandfather's death in November 2003. Along with taking care of her sheep, she likes to spend her time snow and water skiing, mountain biking, gardening, rifle hunting, trapping for muskrats and beavers and reading the magazine National Rifleman. She is a member of the NRA, loves romance music from the 40s and 50s and says "Seven-Year Itch" is her favorite movie.

Neely is extremely proud that she is true close friends with her mom and both her grandparents and describes herself as smart, worldly, self confident, bossy and sensitive. Neely says that Jesus Christ is her ultimate hero because he is the savior for all. While she would give up her sheep for six months in order to get a $1 million, she wouldn't do anything that would jeopardize her spot in heaven. She believes that she will bring her communication, creativity and practical skills to SURVIVOR:VANUATU and says her motivation for being on the show is to meet new people and experience new things. She says that she could be the Sole Survivor because she has lots of determination and resolve. Her birth date is November 18, 1978.