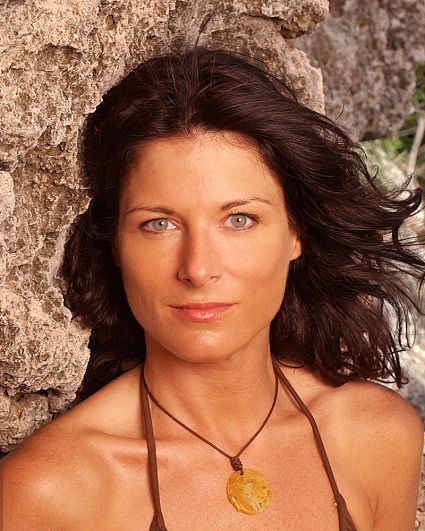 Leann
Biography
Born and raised in Wausau, Wisconsin, Leann Slaby graduated from D.C. Everest High School in Schofield, Wisconsin. After high school, she began modeling in Minneapolis. Shortly thereafter, she moved to Milwaukee and has been doing commercial print modeling in both Milwaukee and Chicago for the past 15 years.

About four years ago, Slaby began acting, having done various commercials, and has appeared in two independent films. She has been singing in a cover band for four years as well. She sang the National Anthem at games for the Milwaukee Admirals and Milwaukee Brewers.

For the last ten years, Slaby has also been working as a research assistant for an investment firm in Milwaukee.

In 1998, Slaby donated one of her kidneys to her father when his kidneys began failing due to diabetes. Six years later, his new kidney is still working wonderfully.

Slaby, big on adventure and thrills, enjoys bungee jumping and skydiving. Her hobbies include fishing, volleyball, golf and blackjack in Las Vegas.

Recently divorced, Slaby, a huge animal lover, currently lives in the Milwaukee area with her dog, Floyd. Her birth date is July 8, 1969.