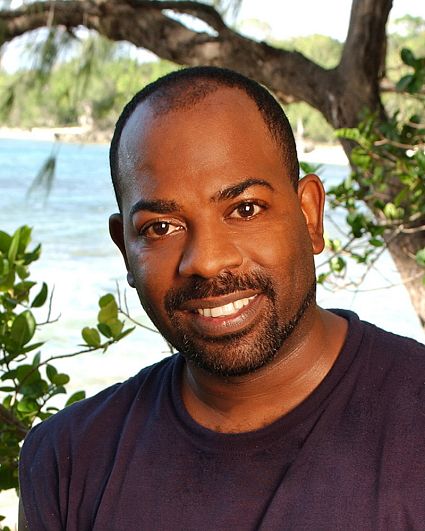 Rory
Biography
Rory Freeman was born in Des Moines, Iowa. He has three brothers, Richard, James and Olabanji (OJ), and one sister, Dahomey.

Freeman attended boarding school in Connecticut before graduating from Washington High School in Kansas City. He went on to attend Georgetown University School of Foreign Services, where he studied African government and history. He left college before graduation in order to accept a position as a television reporter for the Nigerian Television Authority. He remained in Nigeria for 18 months prior to returning to the U.S. to work for an inner-city social service agency back in Des Moines. He remained there for seven years as a counselor specializing in substance abuse, mental health evaluations and drug testing. Most of his professional career has been spent working in adult and adolescent corrections and detention centers. He is currently employed by the City of Des Moines as an S8 housing case manager.

Freeman lives with his wife of six years, Simone, their three-year-old son, Zion, and their two dogs. They are members of Mount Olive Missionary Baptist Church. His birth date is October 30, 1968.