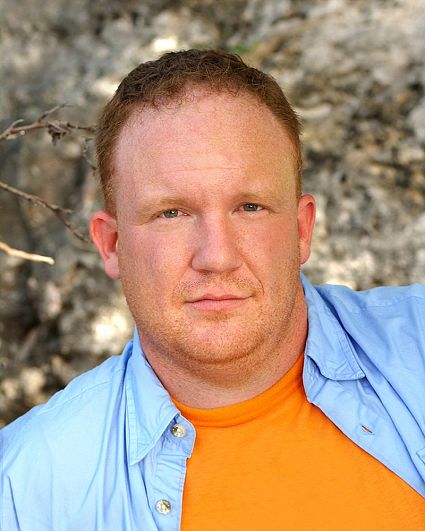 Travis
Biography
Travis "Bubba" Sampson was born and raised in Blountville, Tennessee, where he spent a lot of time working on his grandfather's farm. As a child, Sampson spent a lot of his time with his grandfather, watching wrestling and THE PRICE IS RIGHT. He attended Sullivan Central High School, where he played football all four years. He then attended three years of college at Northeast State Technical Community College in Blountville. He obtained employment at a sales plant and eagerly pursued a career in wrestling on the side. Sampson was granted a tryout match with the National Championship Wrestling (NCW) in Cornelia, Georgia. NCW became the National Wrestling Alliance (NWA) when Sampson began doing shows for the World Championship Wrestling and then with World Wrestling Entertainment. He was known to the wrestling community as "Romeo Bliss."

Two years after Sampson was married, he decided to retire from wrestling to make his family his priority. In 2002, Sampson attended Walter State Police Academy, where he received a certificate of basic law enforcement in officer education. He currently lives in Johnson City, Tennessee, with his wife, Jennifer and their four boys, Aaron, 11; Erick, 8; Trevor, 7 and Gabriel, 2 ½.

Sampson currently works in loss prevention at Wal-Mart and also coaches football at the Johnson City Boys and Girls Club. He describes himself as aggressive, persistent and outspoken and enjoys critiquing other people's flaws, showing off when weight training and playing video games. He says his proudest accomplishment is his four sons. His wife is his hero because she went through 38 months of pain to bring them all into this world. He is a member of the NRA, Civil War Historical Society and Police Benevolent Association and is very active with his church.

Travis believes he will bring his leadership, aggressiveness and inventiveness to SURVIVOR:VANUATU, and his primary reason for participating is to live a life that isn't so ordinary. He believes that he could be the Sole Survivor because he has "learned how to adapt to different people and different situations. I can schmooze anybody, become their best friend then take their butt…and vote them off."