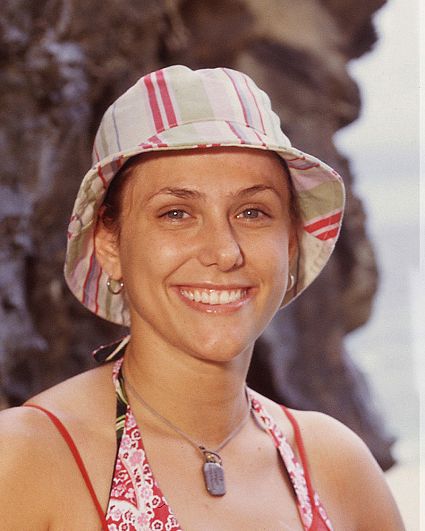 Jenna L.
Biography
Since finishing eighth on SURVIVOR: BORNEO, Jenna Lewis has made numerous television appearances, including hosting VH1's "Rock Across America" and appearing in a recurring role in "Nash Bridges" on CBS. She has also made various appearances for charities and non-profit organizations.

Originally from Franklin, New Hampshire, Jenna is an aspiring actress/host and currently lives in Burbank, California, with her twin daughters, Sadie and Sabrina.

Jenna describes herself as energetic, competent and athletic. Her favorite sports are football and basketball, which she loves to play. Her favorite television shows are "Nip/Tuck" and "Scrubs," and her favorite feature film is "Fight Club." Her musical tastes run the gamut from The Doors to Eminem.

A perfect day for Jenna begins with an early hike up Runyon Canyon before going for a swim. She would then take her daughters to the playground and out for fondue, followed by a raucous game of paintball with six of her close friends. At night, she'd go dancing.