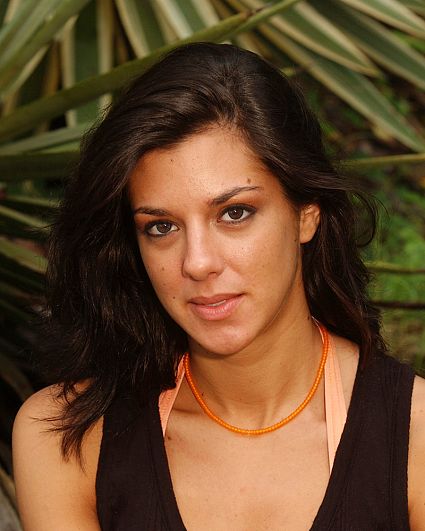 Jenna M.
Biography
Since being crowned Sole Survivor of SURVIVOR: THE AMAZON, Jenna Morasca continues to model swimwear on a freelance basis. She and fellow contestant Heidi Strobel posed for the cover of Playboy, which ultimately became the second best-selling cover of 2003. She also did an anti-fur campaign for the animal rights group PETA. Jenna got a chance to test her acting skills when she guest-starred in the Off-Broadway play "Pieces" in New York City, which ultimately led to an invitation to join the cast permanently for its six-week run. She has won the Venus Swimwear competition two years in a row (2001 and 2002) and was second runner-up in the Miss Pennsylvania U.S.A. beauty pageant in 2001. Additionally, she is currently a junior at the University of Pittsburgh, majoring in zoology.

Jenna's hobbies include horseback riding, sleeping and hanging out with her animals (a dog, a ferret, three birds, two guinea pigs and a fish). She describes herself as honest, outgoing and funny. If she could hold political office, Jenna would be president of the United States so she could make all the important decisions. Her favorite sport is football. Her favorite teams are the Pittsburgh Steelers and the Denver Broncos. Her hero is her mother, who fought breast cancer for over twelve years before passing away late last year.

Jenna is currently single and living in Bridgeville, Pennsylvania. Her birth date is February 15, 1981.