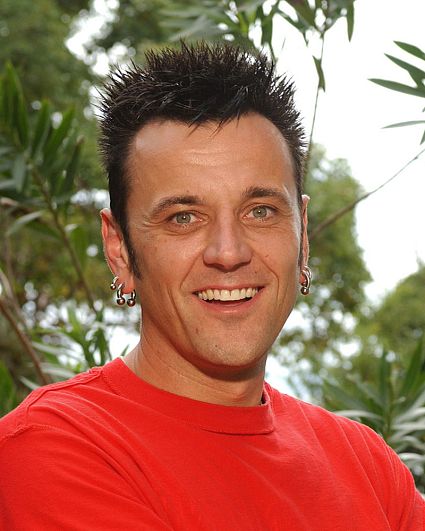 Lex
Biography
Since finishing in third place on SURVIVOR: AFRICA, Lex van den Berghe has been working as a feature columnist for his hometown newspaper and as a freelance writer. He also works with a number of non-profit organizations hosting fundraising events for local and global charities, as well as many schools.

Lex graduated from Santa Clara University with a Bachelor of Arts degree in English in 1985. Since then, his insatiable appetite for adventure and constant need for diversity has afforded him a variety of careers. He has worked as a carpenter, radio disc jockey, touring musician, public presenter/motivational speaker and corporate marketing manager. He has also led backcountry trips for adventure travel companies and co-hosted a television magazine show. An avid traveler and fluent in French, Lex has spent time in Kenya, Japan, Israel and all over Europe. His hobbies include spending time with his wife and children, surfing, music, hanging with friends and cruising on his custom motorcycle. He plays the drums and sings in the band Luckydog.

Lex currently resides in Santa Cruz, California, with his wife, Kelly, and their two boys, Corbin, 11 and River, 10. They have two dogs, Lucky and Daisy, and three cats, Max, Lucy and Bosco. His birth date is June 18, 1963.