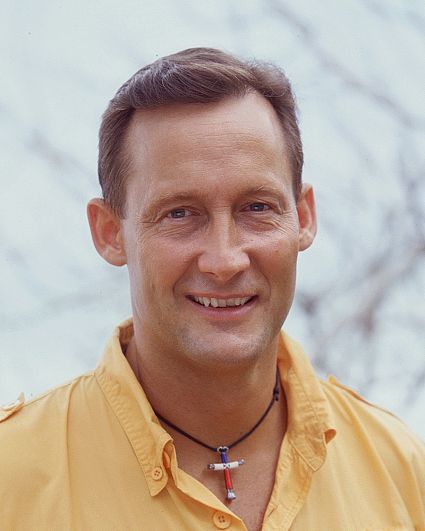 John
Biography
Born and raised in New Orleans, John Raymond attended high school in Springfield, Louisiana. Moving to Illinois, he received a Bachelor of Theology from Oregon Bible College (majoring in Counseling and Pastoral Ministry). He simultaneously received an Associate degree of Liberal Arts from Rock Valley Junior College, where he was on the college speech team.

John is currently the Executive Pastor at a church of 2,700 members. He leads the pastoral counseling department, runs the adult education program and has developed a network of 50 small relationship groups. He previously worked as a financial planner for 12 years (regional vice president with his company and a top salesman), working his way through college as a carpenter and shipbuilder.

John enjoys scuba diving, spear fishing, deer hunting (gun and bow and arrow), playing guitar and writing country songs. He's been to 39 of the United States, Jamaica, Mexico, Canada and mission trips to the jungles of the Mosquito Coast in Honduras and Nicaragua. He is most proud of completing the Los Angeles Marathon after only three months of training. He is also proud of recently transforming his body in only twelve weeks through the Body-For-Life challenge. In his spare time, he coaches his children in little league basketball.

John currently lives in Slidell, Louisiana, with his wife, Elizabeth, whom he considers to be his hero. They have three children, John (12), Monica (10) and Benjamin (2), along with two cats, Panda and Fluffy. He is the founder and President of the Adult Chapter of the Fellowship of Christian Athletes in his county and a member of Promise Keepers and the Nashville Songwriters Association International. His birth date is February 21, 1962.