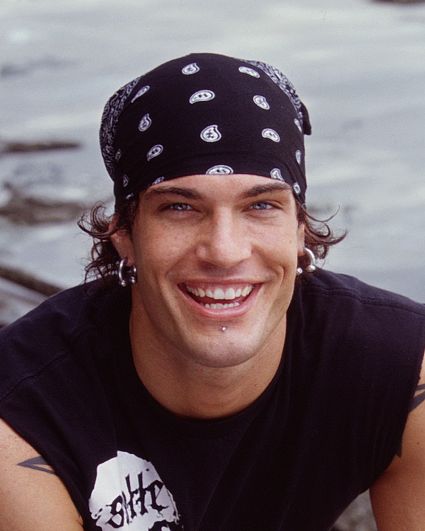 Robb
Biography
Due to his father's employment in sales and distribution, Robert Zbacnik previously lived in Minnesota and Colorado, and attended school in California and Arizona. He graduated from Corona Del Sol High School in Tempe, Arizona. In 1999, Cosmopolitan Magazine deemed him Arizona's most eligible bachelor.

Robb is currently a bartender at a popular lounge in Scottsdale, Arizona. In his words, he's a jack-of-all-trades: he's done everything from washing dishes to digging ditches; he even spent some time modeling. He attended Mesa Community College, where he studied philosophy and psychology until he decided to take time off to spend more time with his true passion: snowboarding.

Robb describes himself as spontaneous, outgoing, courageous and fearless. He doesn't eat red meat or dairy, but enjoys sushi and eats it three to five times a week. His idea of a perfect day involves food, fun, exercise and good times spent with friends, or any day that involves snow or wakeboarding. An adventure-seeker at heart, he has also cliff jumped, sky dived and bungee jumped, among other things. He considers his father, his brother-in-law and Muhammad Ali to be his heroes. An avid poetry writer, he enjoys reading nonfiction and motivational books.

Robb is currently single and living in Scottsdale, Arizona. He has one sister, Leeann, and a two year-old nephew, Chase. His birth date is September 12, 1978.