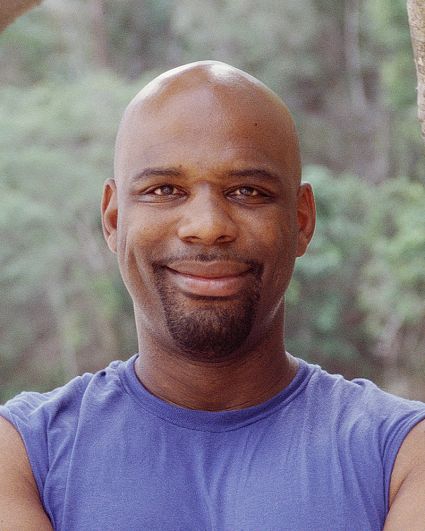 Ted
Biography
Ted Rogers, Jr. was born and raised in Roosevelt, New York. He received a Bachelor of Science degree in Management in Information Systems and is a member of the Iota Phi Theta Fraternity (Alpha Chapter) at Morgan State University in Baltimore, Maryland. A former football player, Ted fulfilled a dream by playing in the NFL for the Dallas Cowboys during their 1994 pre-season.

Ted is currently a software development manager at a major computer corporation. He previously worked as a software engineer, software designer, software developer and substitute teacher. He enjoys motorcycle riding, web page designing, and listening and dancing to music. Ted is most proud of creating the Big Dog Riders Motorcycle Club, which he feels not only eliminates the stereotype of a sports bike rider, but also provides a way to affect his community directly in a very positive manner.

Ted currently lives in Durham, North Carolina, with his wife and newborn baby, Morgan. They have a miniature schnauzer named Nino and mixed breed dog named Sade. His birth date is December 28, 1964.