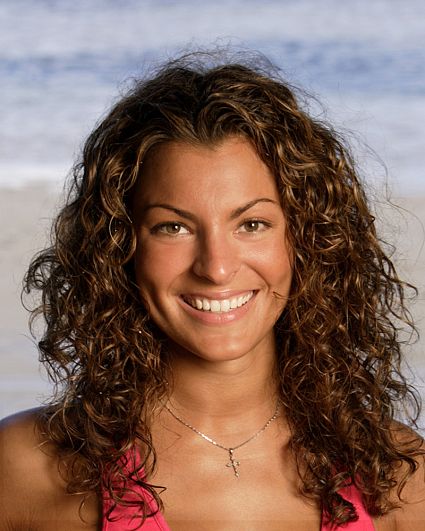 Stephanie
Biography
One of five siblings born to Stephen and Marguerite, Stephenie LaGrossa is the youngest and only girl of the family to grow up in Briarcliff, Glenolden, a suburb of Philadelphia. She graduated from Archbishop Prendergast High School, where she played varsity lacrosse, field hockey and swimming. After graduating, she attended Temple University in Philadelphia before transferring to Monmouth University in Long Branch, New Jersey. She played Division One Lacrosse at both universities and was a four-year starter. She received her Bachelor of Science degree in business administration with concentrations in marketing and management. She currently works as a territory sales representative for a pharmaceutical sales company and bartends part-time.

LaGrossa enjoys yoga, Pilates, water sports and going to the beach. She describes herself as relentless, persuasive, extremely competitive, dramatic and friendly. She is most proud of being offered athletic and academic scholarships to two different universities and purchasing her own home when she was 23 years old. An avid lacrosse player in college, LaGrossa won many awards signifying her outstanding athleticism and leadership. At Monmouth University, she was the team captain her senior year, made the NEC Academic Honor Roll and the Dean's List. In addition, LaGrossa was a three-time NEC All-Conference selection, NEC Scholar/Athlete Award recipient and Female Athlete of the Year Nominee.

LaGrossa has been dating her boyfriend, Michael, for six years. She lives in Tom's River, New Jersey. Her birth date is December 6, 1979.