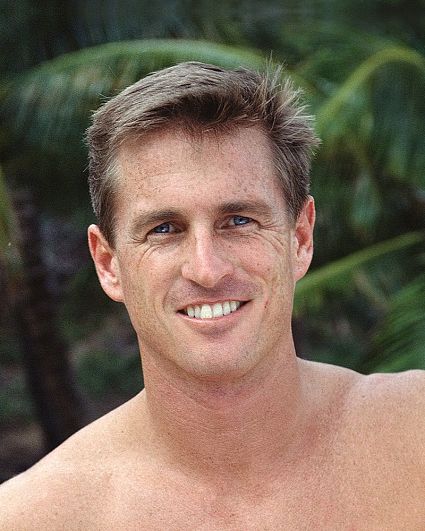 Hunter
Biography
Hunter Ellis was born in Alexandria, Virginia, and spent many years moving around as part of a U.S. Navy family. Growing up both in California and Virginia, Ellis spent several years in Virginia Beach before graduating from high school in Alexandria.

Ellis attended the University of Southern California where he was a member of the Alpha Tau Omega Fraternity. After receiving a Bachelor of Arts degree in Political Science, he was commissioned as an Ensign in the U.S. Navy and went on to complete Naval Flight Training in Corpus Christi and Kingsville, Texas. Graduating number one in his class, Ellis moved to Corona Del Mar, Calif., to continue his training as an F/A-18 strike-fighter pilot. His operational tours include 2 six-month Western Pacific/Persian Gulf deployments flying Hornets off the U.S.S. Carl Vinson and the U.S.S. Abraham Lincoln while stationed in Lemoore, Calif. Assigned to the "Stingers" of Strike Fighter Squadron 113, he also achieved qualifications as a Landing Signals Officer and as an F/A-18 Flight Demonstration pilot. Ellis ended his tour with the Navy as an F/A-18 tactics instructor in San Diego, Calif., in July of 2001. During his career he amassed over 2000 flight hours and 433 carrier landings.

Hunter Ellis currently works as a pilot for a major shipping company. He has also worked as an ocean lifeguard with the Virginia Beach Lifesaving Service. He currently lives in La Jolla, Calif., where he enjoys all outdoor sports. An avid traveler, Ellis makes annual visits to Tavarua, Fiji, and Whistler, British Columbia, to surf and ski, respectively. His birth date is July 5.