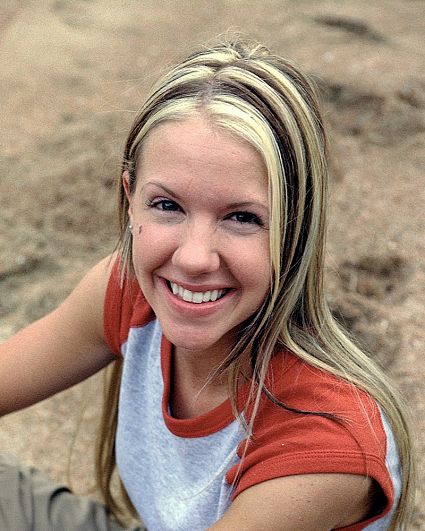 Neleh
Biography
Neleh Dennis was born in Heber City, Utah, and is one of eight siblings (five brothers, Tom, John, Devin, Nathan and Landon, and two sisters, McKenna and Robyn). She was named after her maternal grandmother, Helen. Same name, only spelled backwards. Dennis has lived in California, Idaho, and most recently, Layton, Utah. She graduated from Layton High School in 1998.

Dennis was a member of the Layton High Drill Team, which placed second in a national competition her senior year. While in high school, Neleh taught dance, sang in choir, enjoyed theatre, donated time and energy to the Special Olympics and worked closely with mentally challenged young adults. Dennis also earned her Certified Nurse Assistance certificate before graduation and worked full-time with Alzheimer's patients in a nursing care center where she was promoted to Team Leader. During the summer, she worked as a lifeguard.

After graduation, Neleh attended Weber State University and earned an Associate degree. She was accepted into the nursing program, but decided to pursue a degree in psychology. Dennis is currently working on a Bachelor of Science in psychology with an emphasis on child and family studies. In addition, she took scuba diving lessons while in school. She also worked part-time as a psych tech on an adult psychiatric ward at a local hospital.

Neleh Dennis describes herself as happy, outgoing and loving. Dennis enjoys country dancing, camping, boating, snowboarding, working out and waterskiing. She also enjoys exploring new places, going for long drives in the country, picnicking and four-wheeling. Ever the adventurer, she is a member of the Mountaineering Club. She currently resides with her parents, three of her brothers, her two ferrets, Bandit and Chance, and one dog, Rascal. Neleh has a major sweet tooth and loves to eat. Her birth date is February 19.