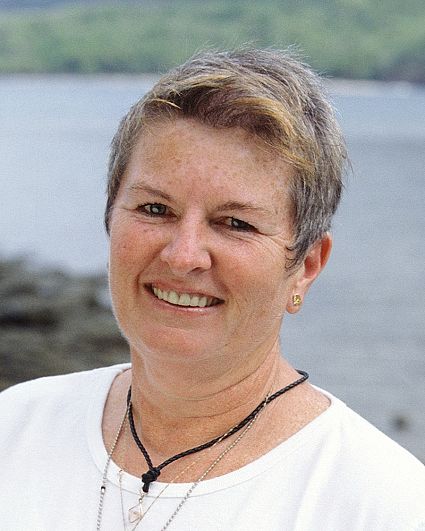 Patricia
Biography
Born in Columbia, South Carolina, Patricia Jackson attended Eau Claire High School. While there, she also studied cosmetology at vocational school. In 1968, she met her husband, David. After they were married, her husband joined the United States Army. They served two separate three-year tours of duty in Baumholder and Karlsruhe, Germany.

Jackson currently works as a process technician building heavy trucks for a major trucking company. She has also worked as a cosmetologist for over 35 years. In 1996, she was proud to have been selected to volunteer for the Summer Olympics in Atlanta, where she ventured on her own to work with complete strangers. In her spare time, she enjoys endurance racing (50 miles), breaking and training horses, and four-wheel riding.

Patricia Jackson lives in Lugoff, South Carolina, with her husband of 31 years. They have two children, Davey and Charles (C.J.). An avid equestrian, she owns an Arabian horse, Blaca, and a National Spotted Saddle Horse, Susie. In addition to their dogs, Frankie and Boo Boo, they also have a couple of cats and goats that live in their barn. Her birth date is April 8.