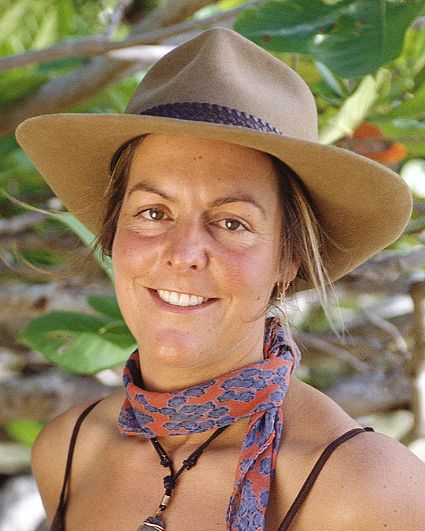 Zoe
Biography
Zoe Zanidakis is a native and resident of Monhegan Island, Maine, and a descendent of nine generations that have lived and fished there since the late 1700s. Up until high school, she attended the one-room school on the island. Once high school began, she moved to the mainland to attend Maine Central Institute and Toms River High School. She returned to the island each summer to help run the family business.

Nicknamed "Lobster Lady," Zanidakis is currently a commercial fisherman and a charter boat captain. She owns and operates her own 40-foot vessel, the "Equinox." She spends the winter months fishing for lobster off Monhegan Island and the summer months fishing and running charters. In addition, she holds a 100gt U.S. Coast Guard Captains License, is an open-water certified scuba diver and is presently logging hours for her private helicopter license. She has previously owned and managed a hotel and restaurant that had been in her family for four generations. In addition, she ran a seasonal gift shop on the island. In her spare time, Zanidakis enjoys horseback riding, motorcycles, ice hockey, dancing, traveling and fishing.

Zoe Zanidakis has one son, Ron. Her birthdate is March 17.