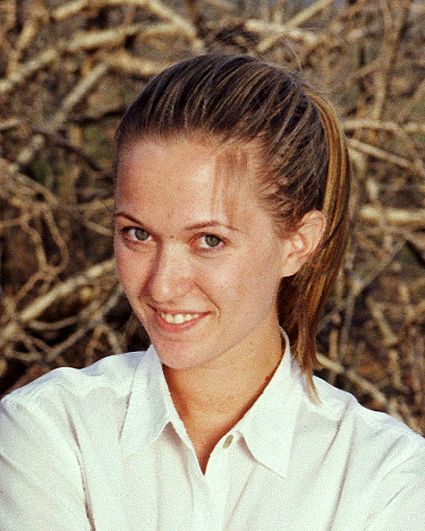 Graduating in 1997, Goldsmith then attended Duke University, where she became a proud member of Kappa Kappa Gamma Sorority, serving as social chair and rush chair while working towards her degree in Sociology.

Graduating from Duke in 2001, Goldsmith recently started a new job as a behavioral research analyst while she decides where to apply to graduate school. She has previously worked as a research intern for a cosmetic company and a chief researcher for a website company. Her hobbies include lifting weights and crocheting. She also enjoys singing and performing, having won the role of Abigail Williams in the 2000 Duke Drama Play The Crucible. An avid traveler, she has visited over thirty-five countries.

Kelly Goldsmith has one brother, Bryan. Her parents, Lyda and Marshall, have two dogs, Mandy and Beau. Her birth date is April 27.