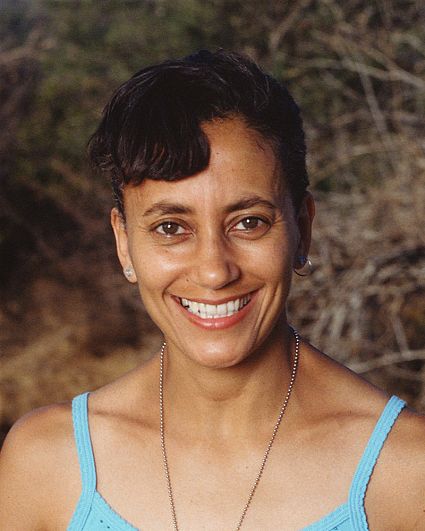 Linda
Biography
Linda Spencer is currently an Assistant Director of Career Services at Harvard University, as well as a married mother of two children. Spencer was born and raised on welfare in Boston's inner city. She received a BA degree from Dartmouth College, an MEd from Tufts University and an MSW from Boston College. Previous occupations include corporate account executive, director of African Adventures at an overseas adventure travel company and clinical social worker.

In December 1999, Spencer was diagnosed with thyroid cancer and underwent a thyroidectomy the following January. She received radioactive iodine treatments in May 2000, and is now completely cancer free. In September 2000, a mere eight months after being diagnosed with cancer, she successfully reached the summit of Mt. Rainier.

The three adjectives Spencer uses to describe herself include adventurous, competitive and determined. She is a member of the Appalachian Mountain Club, Sierra Club, American Alpine Club, Career Counselors Consortium, Blackpack and is a former member of the Coalition of 100 Black Women.

Spencer's hobbies include mountain climbing, ice climbing, winter camping, international travel, spinning and yoga. She also enjoys in-line skating, and has completed a race from Athens to Atlanta, Georgia, covering 85 miles. She has traveled to over 28 countries on 4 continents, including two summers spent in rural African villages with no electricity or running water.

Linda Spencer currently lives in Boston with her husband Jim and two children, Jared, 11 and Jenna, 9. Her birth date is January 1.