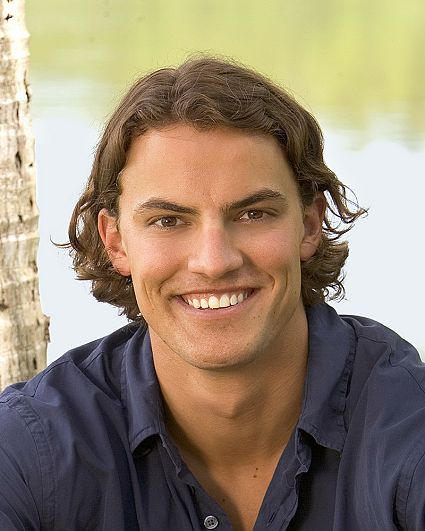 Blake
Biography
Blake Towsley was born in San Francisco and grew up in Tulsa, Oklahoma. He studied in Oxford, England for one summer. He eventually moved to Dallas to attend Southern Methodist University, where he double-majored in finance and political science. He currently makes his living as a commercial real estate broker and model.

Towsley describes himself as romantic, driven and gutsy. His three favorite activities are skydiving, hunting and kissing (not necessarily in that order). He says he's been president of every organization that he has been a part of and considers Lance Armstrong his hero because "the drive of that man is incredible. I like people that get off their butt and make their dreams happen."

Towsley says he has what it takes to become the Sole Survivor because "I am so competitive it's ridiculous. While I am not the kind of person to scheme and backstab, I am less of the kind of person to accept second place. SURVIVOR would be a true test of moral fiber and personal character, something I will find more challenging than any stunt."

In his spare time, Towsley likes hanging out with friends, cooking, watching NASCAR and hunting for quail. His birth date is May 5, 1981.