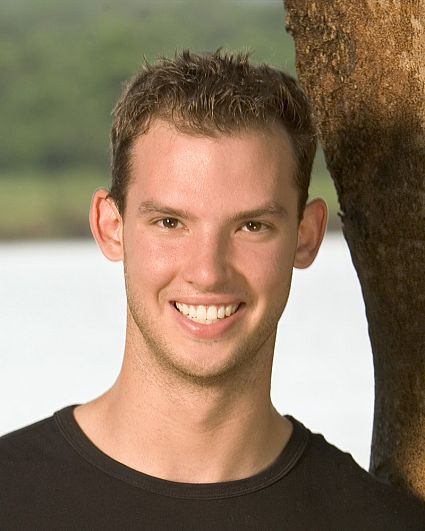 Brian
Biography
Originally from New Milford, Connecticut, Brian Corridan graduated as valedictorian of his high school, where he also served as vice president of his class, yearbook editor and co-author of his senior play. He was also voted "Prom Prince" and "Most Likely to Succeed."

Corridan recently graduated with a psychology degree from Columbia University in New York City. While in college, he spent two years as a resident and peer advisor, a tour guide and a research assistant. He also joined the Phi Beta Kappa Society.

Corridan's hero is his younger sister, Casey, who rose above her juvenile diabetes to become the captain and star player of her high school field hockey team. He says the craziest thing he would do for a million dollars is check his ethics at the door and break loose with psychological mind games: lie, cheat, steal and flirt.

Corridan believes he can be the Sole Survivor because "I have studied the game since I was 17. I know every aspect of it, and I've written papers on it. My background in psychology will allow me to pinpoint people's insecurities and weaknesses and to manipulate them to my advantage." He describes himself as competitive, perceptive and sarcastic.

Corridan's goal is to return to school to obtain his doctorate in clinical psychology and become a child/adolescent psychologist. His birth date is February 10, 1983.