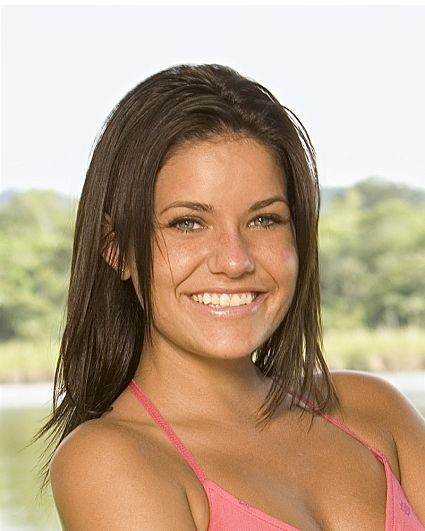 Brianna
Biography
Born in Olympia, Washington, and raised in Shelton, Washington, Brianna Varela is the oldest of three siblings. At three years old, she began taking jazz, tap and ballet classes. At ten years old, she moved to Edmonds, where she attended Chase Lake Elementary School and, eventually, Edmonds Woodway High School. In tenth and eleventh grade, Varela was a part of the school dance team and competed throughout the state. In her senior year, she became a cheerleader and joined Young Life, the Christian youth club.

After high school, Varela moved to San Diego, California, to experience something new. She became interested in cosmetics and, sixth months later, returned to Edmonds where she currently works as a make-up artist at an upscale department store.

A lover of physical activity, Varela runs and bikes regularly. Her favorite spectator sport is basketball. Her favorite hobbies include dancing, writing, reading and hiking. Describing herself as witty, deceitful and helpful, Varela believes her creative cooking skills and ability to use a Hawaiian sling will help her be a useful member of her tribe. She's hoping for a challenge that will take her to a cliff, as heights thrill her. Jumping off a waterfall would not faze her in the least. In playing the game, Varela hopes to just be herself, but she can also be very sly and is a good pretender. Her motivation for being on the show is purely for the challenge and to test her own self willingness.

Varela is currently single and living in Edmonds, Washington, with her cat, Kitty, and a long-haired Chihuahua named Bella Varela. Her birth date is October 29, 1983.