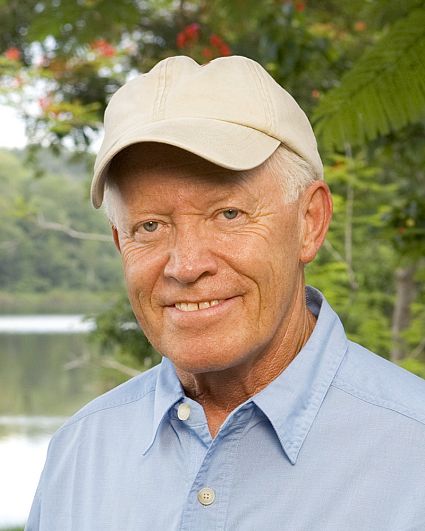 Jim
Biography
Jim Lynch was born and raised the youngest of eight children in Scottsbluff, Nebraska. At age 18, he graduated high school and joined the US Marine Corp, where he served four years traveling extensively, including time at the Cuban Blockade in 1962. In 1963, Lynch married his junior high school sweetheart, Carol.

After serving with the U.S. Marines, Lynch and Carol moved back to Nebraska and then to Denver, Colorado. He sold real estate for awhile and eventually joined the Aurora Fire Department in 1972. While continuing his work at the fire department, Lynch received his Associate of Arts degree from Red Rocks College in Lakewood, Colorado.

Having received many promotions and accolades while with the fire department, Lynch eventually attained the rank of captain. In 2002, with 30 years of service, Lynch chose to retire and travel. He and Carol have been traveling extensively throughout the world, including visits to India, Tibet, the Himalayas and Annapurna regions of Nepal. In April 2004, Lynch climbed Mt. Huena in Peru.

When not traveling, Lynch volunteers with the Northglenn Urban Renewal Authority and the Northglenn Citizens Affairs Board. He is currently writing a Model Noise Bill for the State of Colorado. Additionally, he is building a jet turbine sport helicopter while also taking flying lessons. In his spare time, Lynch enjoys golf and building and repairing things.