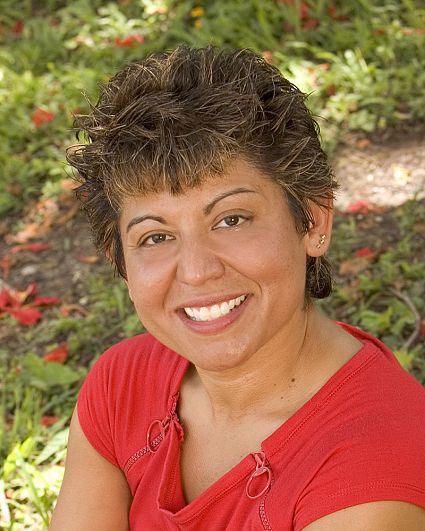 Lydia
Biography
Born in Okinawa, Japan and living the life of a US Marine Corps brat, Lydia Morales spent her early years in Japan before she and her family moved to her father's birthplace, Puerto Rico, upon his retirement. After marrying a US Army soldier, she moved to Ludwigsburg, West Germany, where she lived for five years.

Morales currently works in Washington state as an assistant manager at a seafood company where she has been employed for the past 18 years. She also earned a degree in early childhood education from Clover Park College in Lakewood, Washington.

Despite being a huge SURVIVOR fan who has never missed an episode, this was her first time applying to be on the show. Morales works out regularly, including swimming three times per week. She describes herself as spontaneous, energetic and friendly, with a good sense of humor. She believes her personality and physicality gives her what it takes to be the Sole Survivor. If there is a potential obstacle in her path, it might be her fear of extreme heights, but she is willing to parachute out of a plane if it will earn her $1 million.

Morales' favorite past Survivor is Rupert because on the show he was hard-working, friendly, disliked conflict and was eager to gather food and cook for all. Her hero is Oprah Winfrey, whom she considers a truly wonderful, giving person who cares about people. She enjoys cooking, traveling, reading, collecting books and watching foreign movies.

Morales currently resides in Lakewood, Washington. She is a happily divorced mother to one son, Nicholas. She has an older sister living in Puyallup, Washington, and an older brother currently living in Puerto Rico. She has a pet dwarf rabbit named Ihop. Her birth date is January 19, 1963.