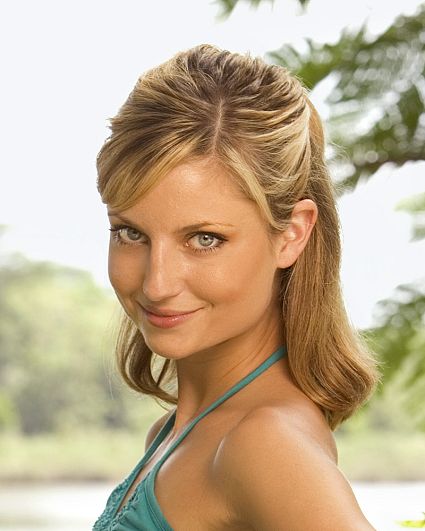 Morgan
Biography
Morgan McDevitt grew up the eldest of four children on a farm in Sullivan, Illinois. During high school, she became a prominent dancer and stage performer. She also played on the volleyball team and was a member of the National Honor Society. At age 18, she moved to Decatur, Illinois to attend Millikin University. She cheered for the Big Blue football team and joined the sorority Alpha Chi Omega. While in school, she also performed regularly at Six Flags Great America, including a summer with "James Bradon's World of Magic."

McDevitt sees herself as a performer with an entertaining personality. She is proudest of getting paid gigs as a dancer despite having no technical training. She believes she'll be a useful member of her tribe because of her sense of adventure, optimism, competitive nature and ability to be a team player. Morgan feels she will make it to the end because she is resourceful and can be conniving while still making everyone think she is a sweet team player.

Very close to her parents, McDevitt feels her greatest achievement is allowing them to live vicariously through her as she performs, competes and travels to new and exciting places. Having the adventure of a lifetime is her main reason for being on the show, but she does admit that winning the million dollars is also very enticing.

McDevitt currently resides in Decatur, Illinois with her boyfriend and two cats, Kirby and Murphy. Her birth date is November 24, 1983.