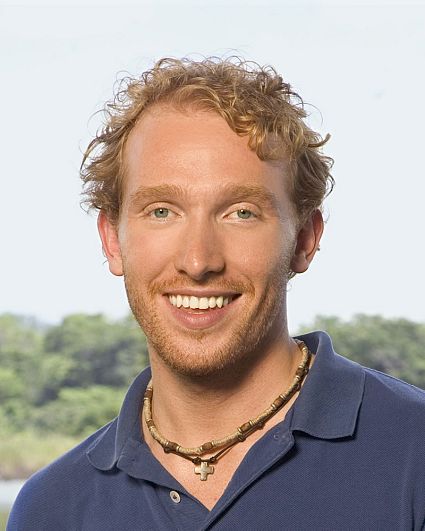 Rafe
Biography
Born in Salt Lake City, Utah, Rafe Judkins was raised in a huge Mormon family that includes more than 60 first cousins. Rafe's mother, Lani, is an artist, and his father, Ren, an inventor. Judkins' unique childhood had him spending time painting rocks and taking apart machines. At age five, Judkins moved to Pittsburgh, Pennsylvania, where he attended Sewickley Academy for 14 years. During this time, Judkins spent his summers teaching English and science to inner city middle school students. He graduated cum laude in 2001 and was selected as the member of the senior class most likely to be on SURVIVOR.

After graduation, Judkins moved to Providence, Rhode Island, to attend Brown University, where he concentrated in biology and anthropology. While in college, he managed Brown Outdoor Leadership Training (BOLT), a program designed to give students exposure to intense wilderness situations with small groups of people. He also expressed his love of food by founding a cooking class for students run by Brown's head catering chef.

Judkins' love for travel and adventure began early, driving around the country in a seventeen-passenger van with his family. Now 22 years old, he has been to all 50 states and 14 different countries, and he lived for seven months in Sydney, Australia. He believes you haven't really experienced a place unless you've slept on the ground and woken up to the sunrise there (cities excluded). He also enjoys tennis, swimming, water skiing and screenwriting. He is proudest of his ability to play Beethoven's "Ode to Joy" on the piano with his toes. Rafe's hero is his mother, Lani, who is brilliant, beautiful and charming enough to do anything with her life, but she chose to be his mother. He believes she made him every bit the man he is today.

Judkins currently resides in Pittsburgh, Pennsylvania, with his mother, father and brother, Landon. His birth date is January 8, 1983.