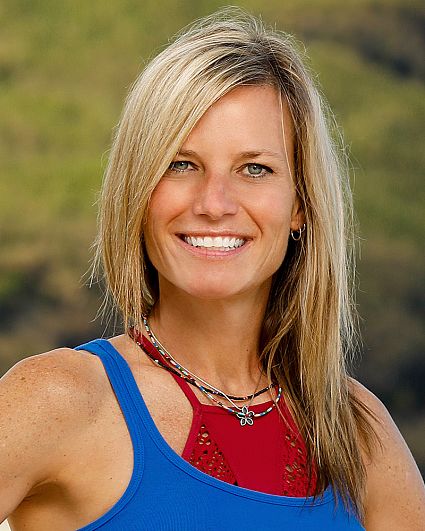 Pet peeves: My pet peeves are laziness or unmotivated people when they have the ability and or resources to be and do so much more, and when someone expects someone else to pull their weight. One that believes things are "rights versus privileges." Also, unorganized people or things, close-minded individuals and people who think you "owe" them something.

Three words to describe you: Spontaneous, courageous, and determined.

What's your personal claim to fame?
Retirement from the U.S. Army. I served over 21 years in the Army and I was an Army officer captain. I served in the transportation unit and in a psychological Operations Battalion as an executive officer and I was the only female officer in the organization, yet still chosen to be second in command. I have been to several countries, including Iraq, Afghanistan, Turkey, Dubai, France, Bratislava, Slovakia, Italy, and Germany.

I was put in the most unusual and extreme situations and conditions and survived better than most. I was in isolated conditions where life's bare necessities were limited. While deployed to Iraq in 2003-2004, I went months with only taking bottle water showers. The supply lines were compromised so often I was forced to make a decision to either wash with my daily bottled water or consume it. I jumped from several different Military aircrafts and did drown-proofing that consisted of water survival.

While deployed to Afghanistan, I was put in situations that required me to influence the local "elders" (leaders) of our U.S. missions in their country while at the same time earning their trust. This posed a huge issue because one, I am a female (and their beliefs with females are VERY different than ours) and two, I was an American. However, I was able to gain the trust of the local people as well as many elders.

Who or what is your inspiration in life?
My son. He has been braver than he believes, stronger than he seems, and smarter than he thinks. I have never met a more amazing person than him.

If you could have three things on the island, what would they be and why?
First would be my guitar because I have one and played a little in college but it would be a chance for me to have music and learn at the same time. Next would be paper and pen to document my experience. My memory is not the best and I want to capture as much as possible to remind me of the once in a lifetime experience I had. Finally, an iPod to listen to music.

Which Survivor contestant are you most like?
Michaela Bradshaw because not only was she fit, outspoken, attractive, and witty, she also spoke her mind and was extremely good at challenges. And when she won, she wasn't afraid to celebrate. She expressed her emotions on her face which is very similar to me. My friends tell me even when my mouth is shut, they know what I am saying because my facial expression "talks." I'm not afraid to express my feelings and I put a lot out there. I want to give my best self and Michaela never gave up. It was clearly depicted in the episode where she lost her top. I'll do whatever it takes to win, with or without my top.

What's your reason for being on Survivor?
To fulfill an exciting and different adventure that a small percent of people get to do. I want to be part of the small group that was chosen and is remembered. Not because everyone can, or everyone gets chosen or remembered. I will be the person everyone remembers because of my unique skills and plays I will bring.

Why do you think you'll "survive" Survivor?
I am strong, hardworking, loyal, determined, and able to figure out most things. I am very versatile and by my looks, most wouldn't expect it. I am like the snake that you don't know is there until bitten. I have a strong ability to win people over and get them to want to do what I want just by actively listening.