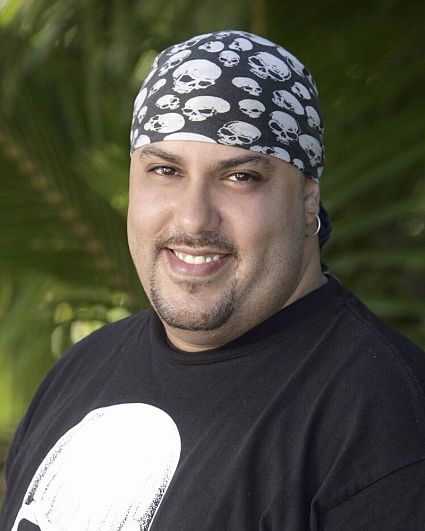 Billy
Biography
Virgilio "Billy" Garcia was born in New York and moved to Miami when he was seven years old. He began studying karate, judo, and wrestling at age 12. While lying sick in bed when he was 15, he heard the song "Juke Box Hero" on the radio and began to entertain the idea of becoming a rock and roll musician. He saved his lunch money and eventually bought his first electric guitar.

When he was 22 years old, Garcia sold most of his belongings and returned to New York to pursue a career in music. While playing in several local bands, Garcia was also pursuing a career in wrestling and, in 1997, won a silver medal at the Amateur Athletic Union Wrestling National Championships.

Garcia is currently a heavy metal guitarist and songwriter with the band Forsaken. He also continues to pursue professional wrestling under the name "Spanish Fly." He previously worked as a manager of a video store, a club bouncer, and a music store sales representative. He attended the Borough of Manhattan Community College. He is a former U.S. Marine.

Garcia is trained in martial arts. His hobbies include playing guitar, wrestling, karate, softball, and judo. He is most proud of winning his AAU National Championship medal. His hero is Kurt Angle for winning an Olympic gold medal in wrestling with a broken neck.