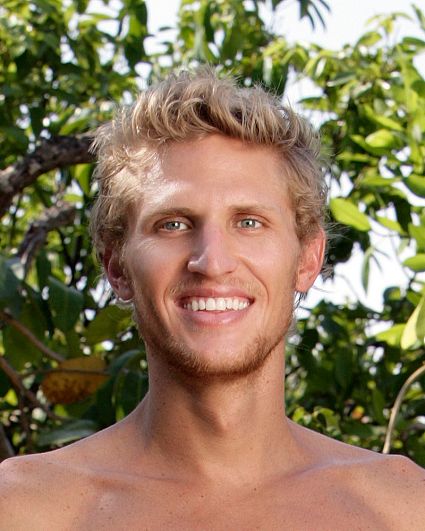 
Witty, charming and arrogant is how Tyson Apostol describes himself. This former pro-cyclist and swimmer believes that his natural athleticism, combined with his "life of the party" personality, will get him far in he game. His favorite movie is "The Jerk" and that’s how some people just might describe him.

He compares his game strategy to that of some of the most entertaining castaways to ever play the game. Much like them, he is willing to do almost anything to win one million dollars, including implementing the use of lies and deceit to feed off the "emotional weakness" of the other castaways. A Brigham Young University drop-out, he is actually very well traveled and skilled in street smarts, previously spending two years in the Philippines as a Mormon missionary, in addition to six years as a cyclist in Switzerland, Belgium and Austria.

In many ways Tyson can be brash, egotistical and unapologetic but, oddly enough, he has no tolerance for "know-it-alls" or individuals who lack common courtesy. In addition to, as he describes it, "looking awesome," his favorite hobbies are exercising and sunbathing. If he becomes the next sole SURVIVOR, he plans to use all of the money for selfish purposes, starting with "the most smoking motorcycle around."

Tyson currently resides in Heber City, Utah and his birthday is June 17.