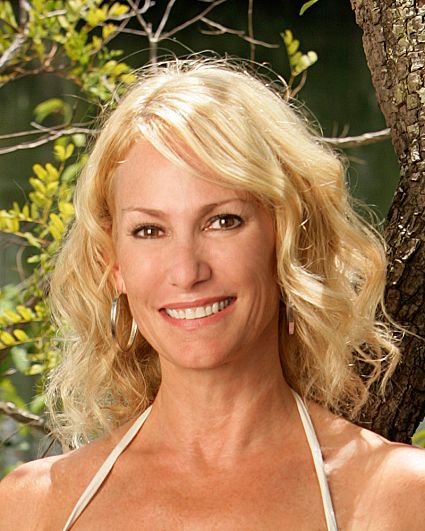 
A self-described people person, Debra Beebe is a middle school principal and married mom from Auburn, Alabama who believes that her natural leadership abilities and tactful problem-solving skills will contribute to her success as a castaway on SURVIVOR. Debra, also known as "Bubbles," feels that her enthusiastic and energetic personality, in addition to her take-charge attitude, will erase any doubts about her ability to succeed in this game.

The fact that she is one of the older castaways will not be a hindrance for this woman who previously trained alongside Olympic athletes and still rises every morning at 4:30AM to get in her daily workout before tackling a day filled with hundreds of pubescent teens, pre-teens, parents, faculty and staff. Not one to be intimidated (even at a tiny 5’2”), Debra juggles work, her husband and her children. It’s no surprise that this go-getter won “Alabama’s Principal of the Year” award yet still finds occasional free time for shopping and dancing.

Debra feels that her occupation has taught her how to deal with politics which she can apply to the group dynamics of her tribe. With her abilities as a natural leader combined with her bossy and competitive nature, Debra plans to focus on the weaknesses of others in an effort to get them eliminated.

Debra is married with five children and currently resides in Auburn, Ala. Her birthday is September 28.