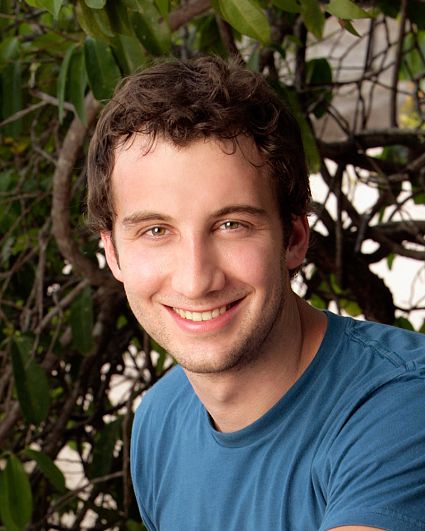 
Stephen Fishbach believes he's a cutthroat player who can manipulate his way to SURVIVOR success, though you couldn't tell that by looking at his non-threatening appearance. The first one to tell you he resembles a Muppet, Stephen plans to sidetrack his competition with his goofy charm and quirky sense of humor.

Aided by his quick wit and prankster personality, this Internet marketing director could very well be a major player behind the scenes. A Yale graduate, Stephen certainly has the right mix of brains and charisma to disarm his fellow castaways. This New Yorker believes people will be inclined to trust him but claims "that would be their mistake, because then I strike!"

Described by his friends as wild, smart and ambitious, Stephen's biggest pet peeve is when somebody is “overconfident or cocky.” He plans to use that type of person to his advantage by forming a bond and then subtly prompting them to carry out his decisions. A strategist, Stephen prides himself on being able to pretend to agree with someone's idea while replacing it with his own.

In his free time, Stephen keeps himself active and fit by boxing and lifting weights. He also takes part in urban combat activities, namely the Idiotarod, which he describes as a great event where "five idiots drag a shopping cart from Brooklyn to Manhattan." Among his reasons for why he believes he will excel at SURVIVOR, Stephen lists "he's strategic and devious."

Stephen is single and currently resides in New York, N.Y. His birth date is January 24.