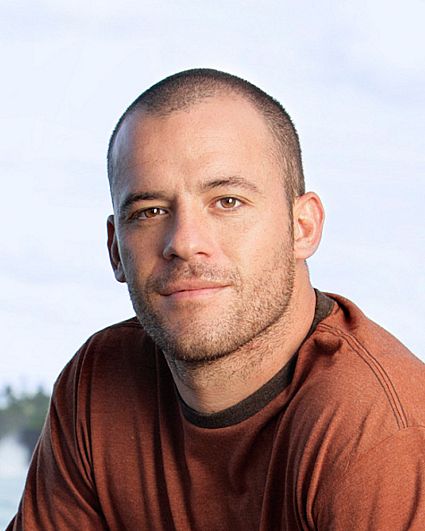 Proud womanizer, Erik claims that he can date four to five women at the same time without any issues. He has no qualms about chasing after a taken woman (as long as she is not married) just for the fun of the chase. He says, “There’s nothing sweeter than taking another man’s goods.” His top hobby is skirt chasing. Even though he can be found chasing multiple women at once, he says that he does have a special female in his life … his dog, Adrian.

Erik holds two degrees from Pepperdine University in Psychology and Sociology but has chosen a career as a bartender. When asked why he has chosen that specific career route, he explains that he likes waking up around 10:00 a.m. and running on the beach instead of being stuck pencil-pushing in a cubicle. He says that he enjoys life while the “sell-outs” do not.

He greatly admires his father because he has sacrificed everything in life for him. In raising him, Erik observed his father’s mental and physical strength as well as endurance for raising an active boy. He feels that his father’s example has provided him with tools that will help him win this game. In addition to his father’s influence, Erik is self-motivated by his competitive nature and desire to prove to himself that he has what it takes to be the next Sole Survivor.