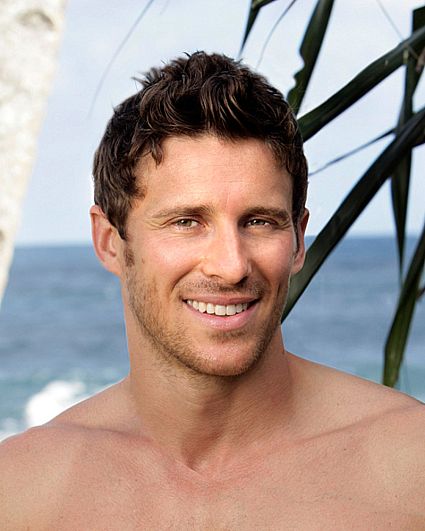 Smart, funny, charming and a doctor, Mick is every single woman’s dream and every single man’s nightmare. At 33 years old, this Idaho import is a resident anesthesiologist at UCLA who takes great pride in his intense occupation.  He is highly motivated to do whatever it takes to win the million dollar prize in order to pay off the hundreds of thousands that he owes in student loans.

With all of the stress in his life, he candidly describes his perfect day being one where he is able to sleep in until 7:30 (or maybe 8:00) a.m. In addition to reading trade magazines, he enjoys the Wall Street Journal, Time Magazine and the ones hidden underneath his mattress.

A man of humor, another one of Mick’s pet peeves is when people cannot admit they are wrong.  He also admits that the quickest way to get him angry is to throw dirt clods at him.  Definitely a conversationalist, topics that are off limits to Mick are ridiculous situations that people find themselves in, and he absolutely refuses to talk about the sexual escapades of people’s grandparents.

In addition to his desire to pay off student loans, he hopes to buy a vacuum cleaner with the winnings. Oddly enough, the wildest thing he would do to win would be to “give a homeless person a tongue bath” but he would never go as far as disabling someone … well at least not permanently.

Currently, Mick resides in Los Angeles, Calif. His birthday is May 10th.