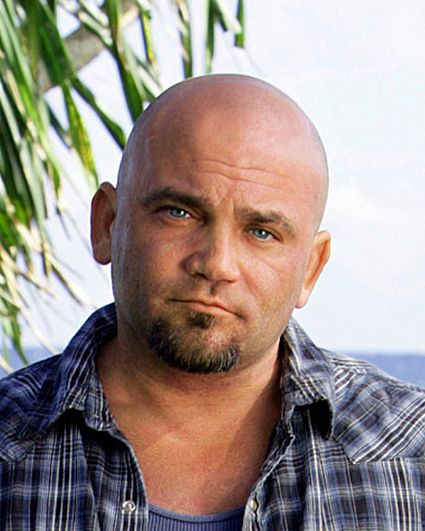 
Russell Hantz’s personality speaks for itself when he proudly displays a missing tooth that he refuses to fix!  This married father of four is visually memorable. Standing tall at only 5’6”, he is built like a brick house with a bald head. At 200 pounds of pure muscle, Russell’s solid figure and sharp tongue has helped him carve out a multi-million dollar business in the oil-tanking industry.

A huge SURVIVOR fan, this self-made man built his business from scratch by working hard, speaking his mind and stepping on anyone who got in his way. Russell won’t apologize for his style of game play either saying, “I’m not going out there to make friends. I’m just not doing it. But everybody is going to think I’m their best friend, because I’m just such a lovable character.”

Russell can’t wait to get in the competition and show “these morons how it’s done” and he “plans to play the game dirtier, smarter and more cunning than anyone can imagine.”  It is those skills that have allowed him to achieve his biggest accomplishment in life and that is being able to provide for his family.

Russell is married with four children and currently resides in Dayton, Texas. His birth date is October 10th.