Over the years, we have seen tribes try new tactics, pull underhanded moves, and boldly put everything on the line for a chance to win. But, we’ve also seen tribes and members do things that simply left us scratching our heads. Here’s a look back at some of the biggest, most famous, and stupidest moves ever played.

1. Survivor: Outback: Colby chooses with his heart instead of his head and paid dearly for it.

2. Survivor: Blood vs. Water: Laura B. threatens Vytas, only to see her own torch go out that night.

You have to admire her honesty... it just happens to be misplaced honesty.

3. Survivor: Micronesia Fans vs. Favorites: Erik tries to do the right thing by doing the absolute wrong thing.

Giving Natalie his immunity was his one­way ticket home. The road out of Survivor is paved with good intentions.

4. Survivor: China: James gets sent home with not one, but TWO idols in his pocket.

You know that feeling you get when you leave your wallet at home? Imagine if you left two, both with a million bucks in them.

5. Survivor: Cagayan: Woo chooses Tony for the finals instead of Kass.

And, in turn, the tribe chose Tony instead of Woo.

6. SURVIVOR: San Juan del Sur: In a series of bizarre Survivor moves, the Coyopa Tribe votes off their strongest physical competitor, John Rocker, who leaves with a hidden idol in his pocket. 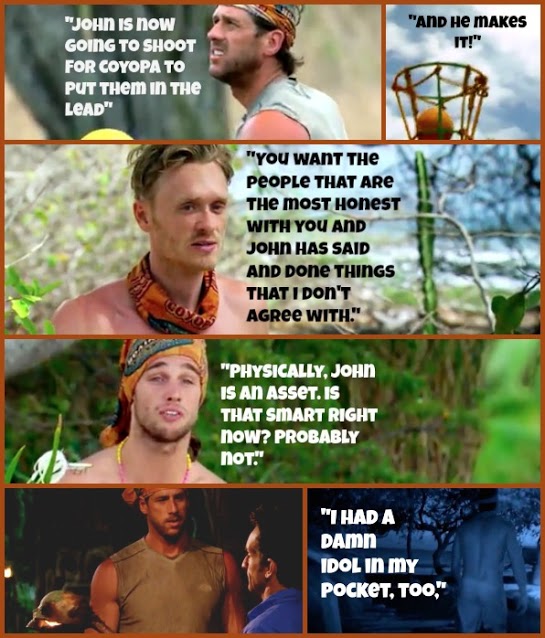 Say what you will about the man, but John Rocker is a professional athlete. Kicking him off without considering his assets is probably the equivalent of how much he was kicking himself for not playing his Immunity Idol. 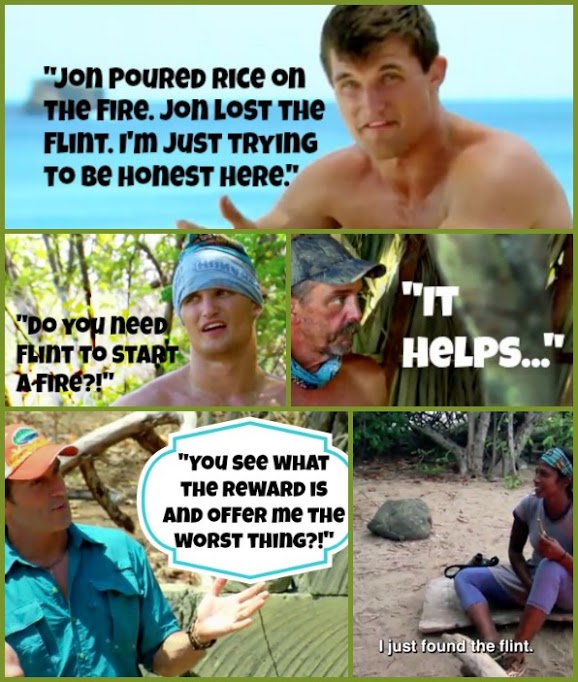 At least Jon admitted his errors, but that is small comfort to his tribe that was not only out of beans, but out of fire. At least they have extra flint now?

8. Survivor: San Juan Del Sur: Drew throws the immunity challenge to “cut the dead weight,” gets his tribe sent to tribal council and ultimately gets himself voted out. 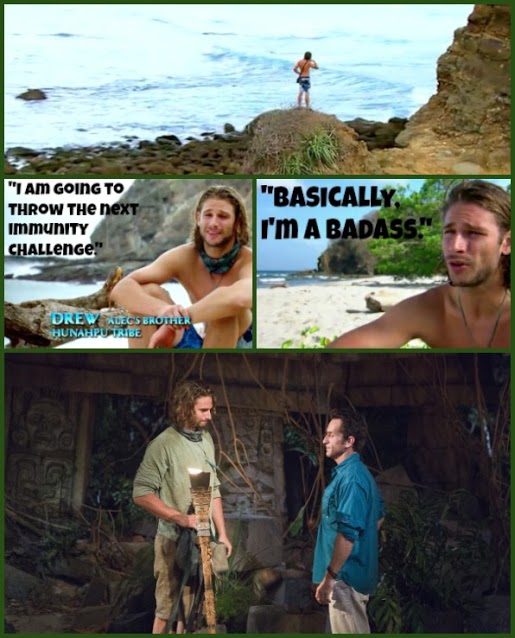 9. Survivor: Heroes vs. Villains: JT plays for both teams and gets saved by neither.

JT made a bold move, one that goes down as a first in Survivor history: giving his idol to a member of the opposite tribe. After promptly getting voted out in the merge, JT learned the hard way: Don’t help the other team.

10. Survivor: Heroes vs. Villains: Tyson manages to be the ONLY person in Survivor history to vote himself out.

Tyson made a big miscalculation in his voting choice when Parvati played an Immunity Idol. Had he voted for Russell instead of her, he would have been safe. As the deciding vote, he inadvertently sent himself home.