Survivor is notorious for game changers that come straight out of left field, leaving castaways angry, appalled, and, sometimes, relieved. Here are the top eight moments from 30 seasons that left the castaways in utter disbelief.

1. When Malcolm surprised everyone with an extra immunity idol on Survivor: Caramoan 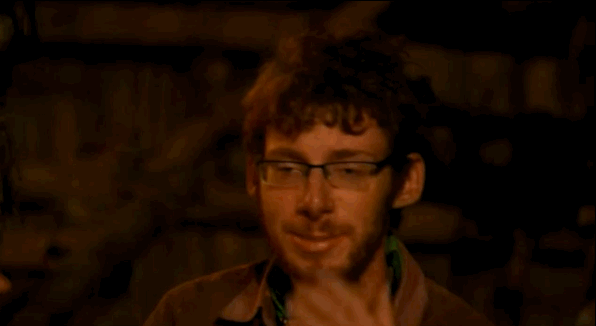 Episode 9 “Cut Off the Head of the Snake”

Before tribal council that night, there was a talk of a split vote against Eddie and Reynold in order to try and flush out the idol that Dawn knew Reynold had. There were also whispers of blindsiding Malcolm as the tribe had done earlier to another player in the game.

When Andrea heard that Malcolm’s alliance was targeting her, she naturally started scrambling to save herself and pushed for a “safe” vote against Michael. When Reynold got up to play his immunity idol, he surprised everyone by playing it for Malcolm. Ironically, Malcolm was the only person who voted for Reynold and Malcolm had no votes against him, so the idol was successfully flushed. As a result, Michael got the short end of the stick.


2. When Russell blindsided everyone with a hidden Immunity Idol, especially Kelly, who paid the ultimate price on Survivor: Samoa 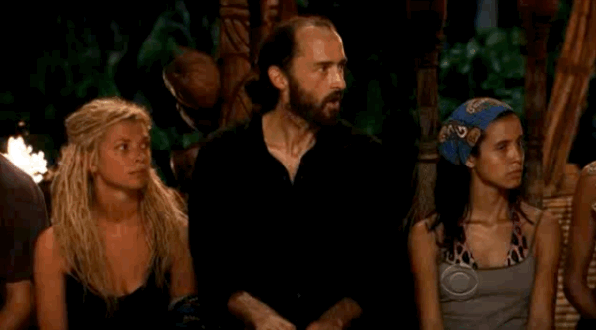 After Laura won immunity for the second time in a row, the entire Foa Foa tribe targeted Kelly, but the Galu tribe still believed that Russell would be the one sent home. At Tribal Council, Russell pulled out his second immunity idol, which he had found without a clue after the episode’s reward challenge, that no one knew he had. All seven of the Galu votes that were against him were negated, leaving the remaining three votes for Kelly to be her nail in the coffin.


3. When JT gave his Immunity Idol to Parvati, who then turns around and hands two Immunity Idols out to Jerri and Sandi on Survivor: Heroes vs. Villains 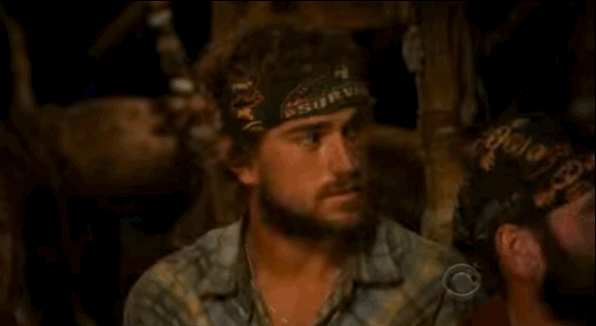 Episode 10 “Going Down in Flames”

The Hero tribe decided to trust Russell’s loyalty by telling him that they were voting against Parvati while they would vote off someone else. Parvati did her own sleuthing and told one of the other players that she had a Hidden Immunity idol in exchange for information. The Immunity Challenge came down to Danielle and Parvati. Parvati threw the challenge so that Danielle would also be safe. Following the challenge, Russell gave Parvati his Hidden Immunity idol, believing that she was in danger of getting voted out.

At Tribal Council, the Heroes voted for Jerri and the Villains voted for JT as planned. Before the votes were read, Parvati played one of the most famous blindsides in Survivor history: she gave away two Immunity Idols, one to both Jerri and Sandra. Because of the idols, votes against them were negated and JT was sent packing.


4. When the “Black Widow” alliance convinced Erik to give his Immunity Idol to Natalie, only to have the alliance turn on him and promptly vote him out on Survivor: Micronesia 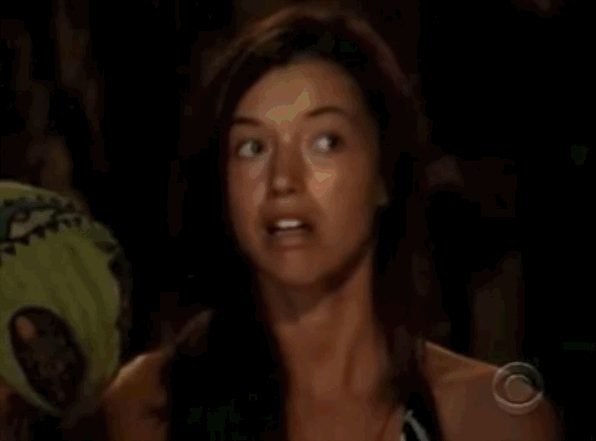 Episode 13 “If It Smells Like a Rat, Give It Cheese”

Erik was a front runner the entire season, having won numerous Immunity Challenges. The “Black Widow” alliance of women couldn’t vote him out – yet again. Natalie managed to convince Erik to hand Individual Immunity over to her to make him look better in the jury’s eyes. At Tribal Council, Amanda attacked Erik for switching loyalties and soon Amanda and Parvati joined in.


5. When Ozzy was completely blindsided during Tribal Council on Survivor: Micronesia 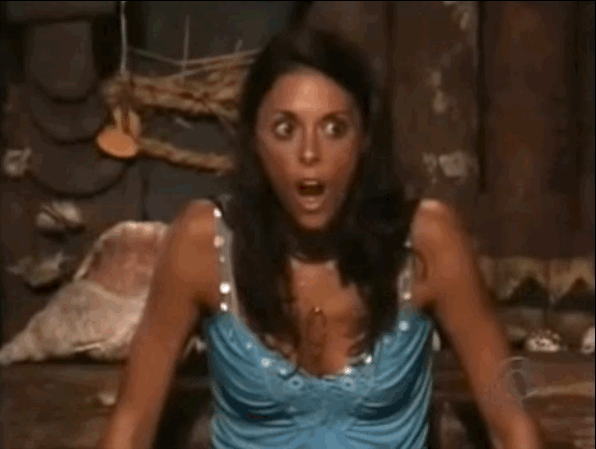 After an Immunity Challenge that involved the Tribes standing on logs, it came down to Jason and Parvati standing on them for over six hours. Parvati convinced Jason to get down because Jeff brought out a smorgasbord of food for them to share with their tribe and that Jason could use that to gain favor. His tribe promised not to vote him out and Jason took the bait, giving Parvati Individual Immunity.

Immediately after returning to camp, Amanda, James, and Ozzy immediately reneged on their promise and wanted to vote for Jason. Cirie saw this as a good opportunity to blindside Ozzy because he was the biggest physical threat and there was a possibility that he had a Hidden Immunity Idol. She convinced Alexis, Jason, Natalie, and Parvati to join her in the vote.

At Tribal Council, Ozzy said that he might have had to play the Hidden Immunity idol, but he forgot to bring it with him. Being voted off, Ozzy famously stomped off in a combination of anger and disappointment, in both himself and his team. Who forgets to bring their idol?


6. When Russell uses his Immunity Idol to save Parvati, causing Tyson to essentially vote himself out on Survivor: Heroes vs. Villains 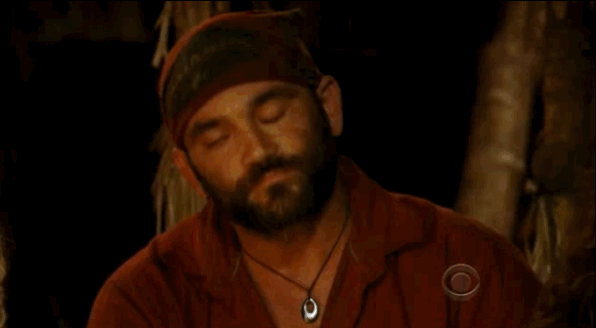 Rob, assuming that Russell had the Hidden Immunity idol, organized his alliance to split their votes between Russell and Parvati in an attempt to flush out the idol and remove one of the two. Russell approached Tyson separately from the group and convinced him to vote for Parvati. Tyson, believing that Russell would be voting for Parvati, too, switched his vote to her.

At Tribal Council, Russell played the Immunity idol that everyone knew he had, but he played it for Parvati. When she played the idol, the four votes casted against her didn’t count, blindsiding Tyson with a vote of 3-2-0. By voting for Parvati instead of Russell, Tyson sealed his own fate, essentially voting himself out.


7. When Cliff was voted out and no one could handle it on Survivor: Cagayan 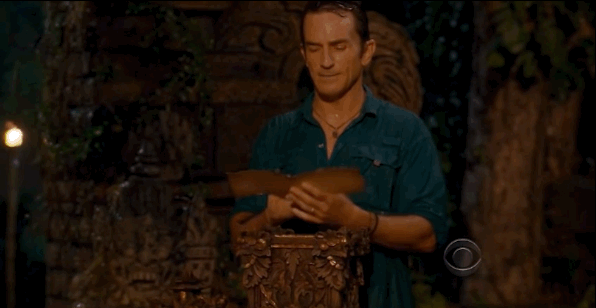 The much-liked Cliff’s physical advantage of previously being an NBA player proved to be his downfall. After losing a challenge because the rest of his team could not hold his weight, the plan for the team to vote out LJ was changed. Trish joined LJ and Jefra in voting out Cliff, when Tony and Trish appeared hesitant to join them, LJ brought his Hidden Immunity idol to Tribal Council, but at the last minute decided not to play it.

It was a risky play, but he lucked out, Tony and Trish decided to join their alliance and voted out Cliff.


8. When Joaquin thought he was helping the team get Joe out, only to have his own torch to be snuffed at Tribal Council on Survivor: Worlds Apart 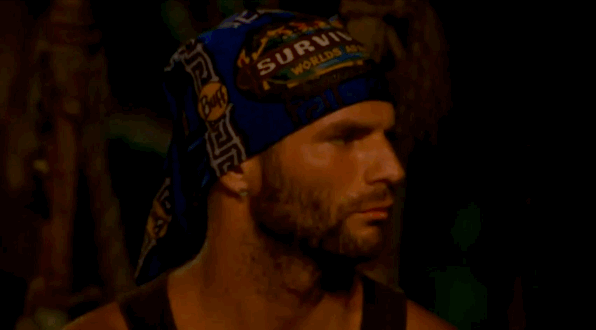 During the Immunity Challenge, where the teams were tied with two points apiece, Mike blatantly threw the match to Kelly to give the Nagarote Tribe the win. At camp, Rodney targeted Joe and though Joaquin and Tyler agreed to go along with it, Mike and Dan decided to betray them and align with Joe to break up Rodney and Joaquin’s partnership. During Tribal Council, Sierra ended up being the swing vote, but ultimately sided with Dan, Joe, and Mike to eliminate Joaquin.


Tune into Survivor on Wednesdays at 8/7c.