The season's fourth cast-off keeps it real in this candid interview following his early boot from Survivor: Game Changers.
After a highly dramatic Tribal Council that fans are still chattering about all over the Twitter-sphere, it was Malcolm Freberg, a memorable three-time player, who was sent packing when two tribes voted together in a twist like none other in Survivor history.

In the exclusive interview below, he couldn't help but get emotional, reflecting on his exit with a mixture of disappointment, bitterness, perspective, and an eagerness to hopefully get back in the Survivor game for a fourth time.

STREAM: Watch All 34 Seasons Of Survivor On CBS All Access

After Tai played that Idol, what was going through your head once Sierra's name transitioned into your name during the final tally?

Malcolm Freberg: The minute Tai played the Idol, I pretty much knew it was done. You didn’t see it on TV, but I think while we were at Tribal, Hali was mouthing to me, "They're voting for you."

At the time, that didn’t bother me because Sandra and I had laughed earlier in the day that it was going to be one of us that they voted for. 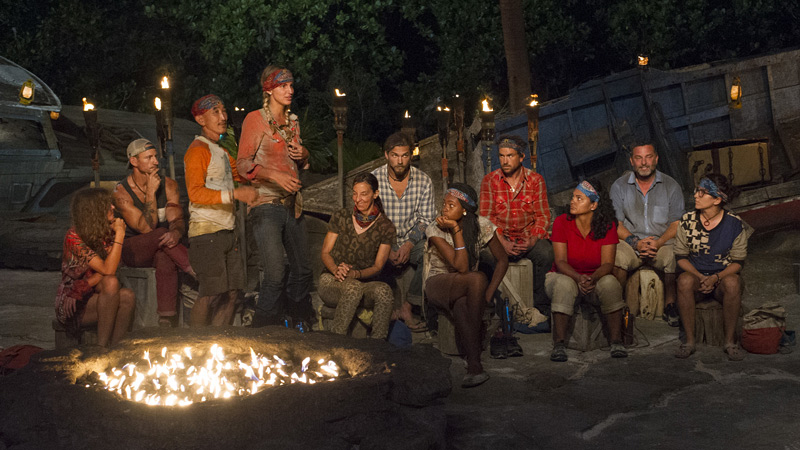 So, I expected I might get the votes, I just didn’t think it was going to matter unless someone played an Idol on Sierra, which seemed so insane and such a long shot that it couldn’t possibly happen unless JT did the stupidest move in Survivor history—and told them exactly who we were voting for.

Once [they] played the Idol, I just closed my eyes, and I knew I was going home.

Why do you think Mana targeted you specifically?

Malcolm: Me and Sandra assumed it would be one of us because of our perceived threat level. Sandra’s won twice [and] everyone’s terrified of her. And, for me, I was sort of carrying my tribe at this point as the biggest physical asset, as well as having a reputation of being not too shabby in the strategic and social games.

I think the reason I was chosen over Sandra is because they can get rid of her at any time, which is why she’s won $1 million dollars twice, but for Mana to get rid of a physical guy early on in the game, it helped their chances of a future in the game. 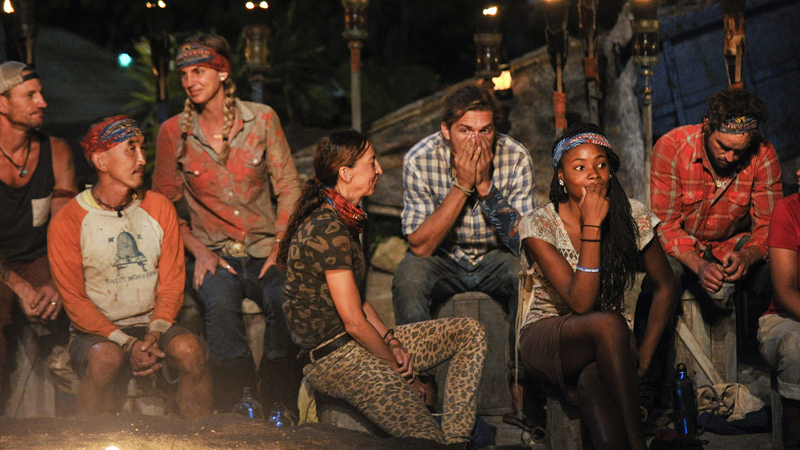 Aside from the final vote, what was it like being part of such an unprecedented Tribal and making Survivor history?

Malcolm: It’s the wrong kind of "history" in my opinion...

I’m sitting next to Sierra and we didn’t know we were both voting for each other, and we’re sitting there laughing and enjoying it because this is why the show is so great.

I hate the way it ended… [it's] probably the worst ending of any episode ever, but that’s what makes Survivor so much fun and why it’s been on for 17 years.

Do you believe JT betrayed your tribe or do you think he had Nuku's best interest at heart?

Malcolm: I can’t say this with 100-percent certainty, but my take on the situation is that JT was trying to betray us but he wanted Sandra gone. 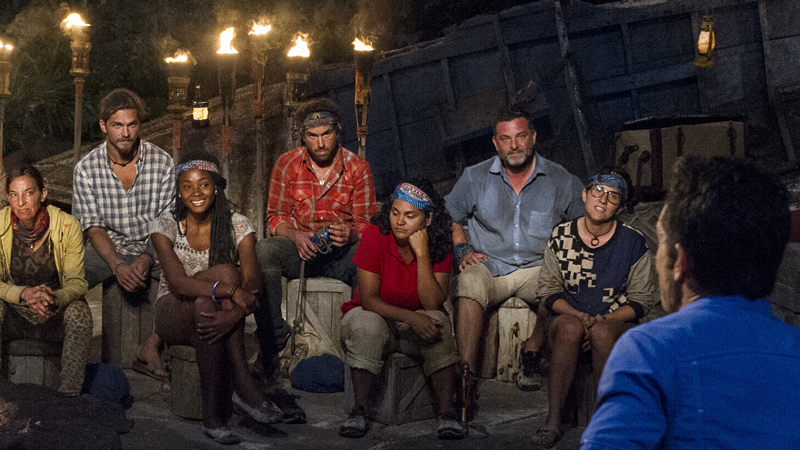 What happened that wasn't aired was, when JT freaked out about two-thirds of the way into that Tribal, because he realized his plan wasn’t working; that they weren’t going to vote for Sandra.

He wouldn’t tell us that. He just said that we needed to change the vote because he realized he would have just given away our strategy to them by telling Brad and Sierra.

So, he didn’t tell us why we needed to change the vote because then it would have been clear that he betrayed us.

Malcolm: I thought I was in a great spot. I was sitting right where I wanted to in the game and all of the sudden, this twist gets thrown at us (I can deal with a twist) and an Idol is in play (I can deal with an Idol), but what I can’t deal with is one of my biggest allies (JT) being a knucklehead, telling our plan and setting me up for disaster.

I don’t know what I could have realistically changed before last night.

It just sucks and it was bad luck. 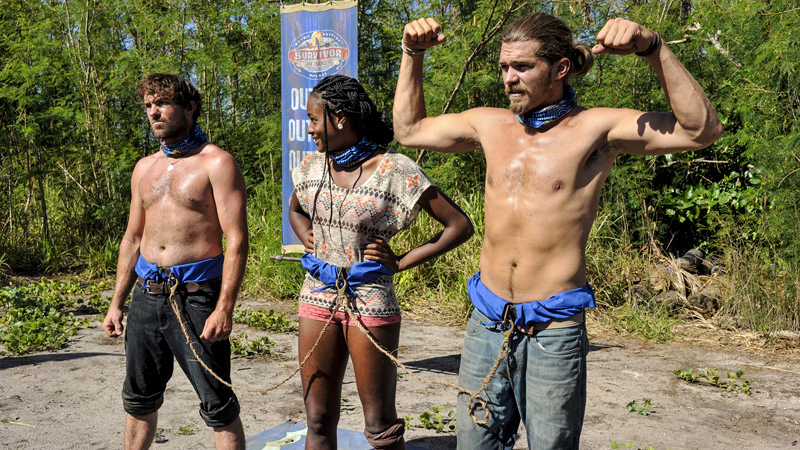 How did your time on Survivor this season differ from your previous ones in terms of gameplay?

Malcolm: I had some tricks up my sleeve and ready to go. I had some different strategies I wanted to employ when it was time, but in the early game of Survivor, I don’t normally get kicked out.

I was ready to play the game differently when it was time to really knuckle down and play hard, but my approach to the early game has always been the same: make friends, be nice, win challenges, and set yourself up for the end game.

If you’re one of the lucky few Americans that are given this experience, make sure you’re ready for it.

Would you come back for another go-round at some point?

Malcolm: Coming back for a third time, I was a little bit hesitant. I wanted to [play], sure, but a lot of other pieces needed to fall into place with real life and timing first.

The thing is, my third season went so horribly askew that I feel like I have unfinished business, [and] if I’m given a fourth try, I’ll definitely be there. 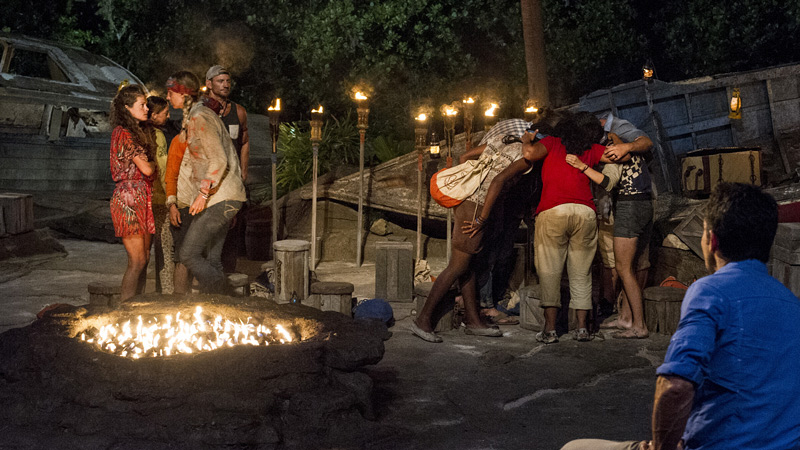