JT Reveals Why He Didn't Bring His Idol With Him To Tribal On Survivor: Game Changers

See what the latest cast-off has to say about his game-ending mistake and Sandra's mischievous sugar scheme.
In the latest episode of Survivor: Game Changers entitled "Dirty Deed," James "JT" Thomas was under fire from his fellow Nuku Tribe members—particularly Sandra and Michaela—after his suspicious behavior at the previous Tribal Council.

In the end, JT was voted out three to two despite having an Immunity Idol—which he inexplicably left at camp during his most desperate hour.

Check out our interview with the cast-off below, as he explained why he didn't bring his idol with him to Tribal.

WATCH: All 34 Seasons Of Survivor On CBS All Access 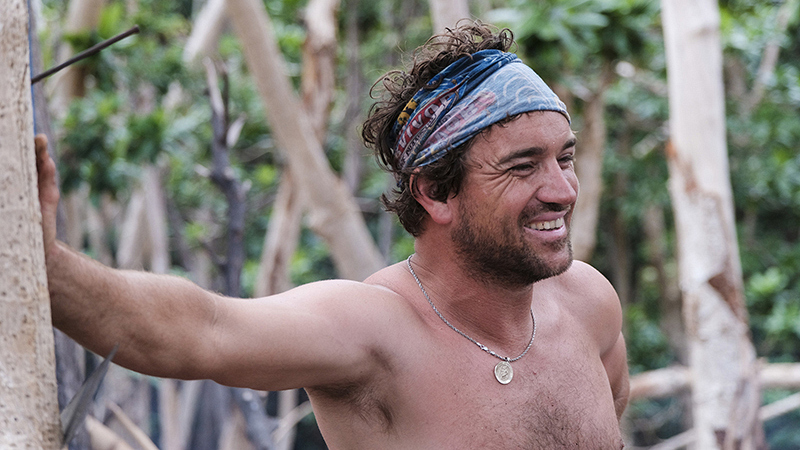 What was going through your head when your name was first called at Tribal?

James "JT" Thomas: You know, immediate regret—not having my Idol—obviously. I don't know that I would have played it, but... I never felt scared about that moment until right before the vote. It was like, "What have I done?" That was basically what was going through my head: "What have I done? I'm going home, this early, this time in the game." It was really tough for me.

Had you brought your Idol to Tribal with you, though, do you think you would have played it, once you kind of got that feeling?

JT: Maybe. My gut says I don't think I would have. It would be easy to say, "Yeah, I would have," and that's the problem.

You know, I could see at the end that Michaela was playing it up, and in the back of my mind I just hoped that Sandra and Varner—you know, Michaela was driving us all crazy. 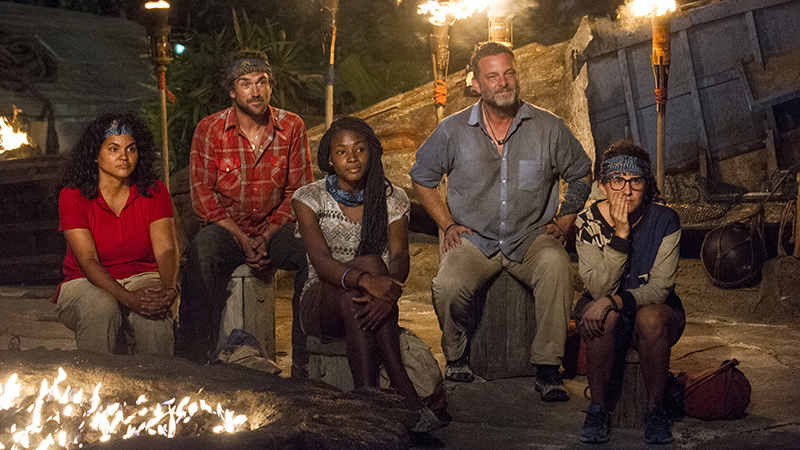 It was tough for me to believe that they were not going to vote her out; that they would rather vote me out. It made no sense, really, to their gameplay, and that's what I based my decision on; it just made no sense to keep someone that had nothing to offer at the merge versus me. I played with [most of] the other players in the game... so I had a lot of contacts, a lot of ins.

JT: Well, I was always going to be the one to go. There was no doubt. I had won Malcolm and Aubry over and they would vote with me as long as I had numbers, but I couldn't get Michaela, Sandra, and Varner. So, I was never going to have the numbers [unless] one of our tribe members was voted off: Varner, Sandra, or Michaela—or unless something else happened.

So this was an opportunity for me, but I think definitely what made them vote me off was Michaela. [She] was 100 percent in this decision and it was a payback decision. I just never saw that coming from Sandra. I feel like she was playing a deeper game and simply making a payback vote. I mean, I thought she'd be looking forward to—you know, "I didn't like it. I'm mad at JT." Heck, I was mad at myself, but I didn't see her being blindfolded by that payback decision. In fact, that's the way it was. 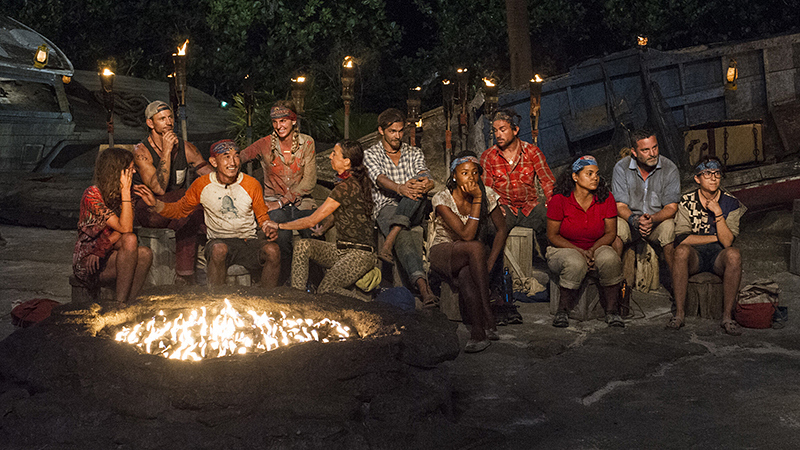 In retrospect, was there anything else you could have done to maybe sway Sandra or the others to come to your side?

JT: I definitely made some very valid and good points to Sandra about why she should keep me in her corner. But I don't think Sandra had any idea that Malcolm was actually ready to vote her out. Myself, Malcolm, and Aubry, we were ready to get rid of Sandra at any time; we just needed one more vote. So, she actually got payback for someone that was ready to vote her out at any time—she just never knew that.

That was another reason I thought, "Surely, they're not that close that she'd want to get payback. Malcolm's ready to get her off the game."

So, my only other regret, the thing I should have done differently, was play my Idol. To just say, "To heck with it—at least it guarantees me one more night." That would have got the numbers back down on that side, where me and Aubry were safe. So that was basically the only chance I had to save myself at that point. 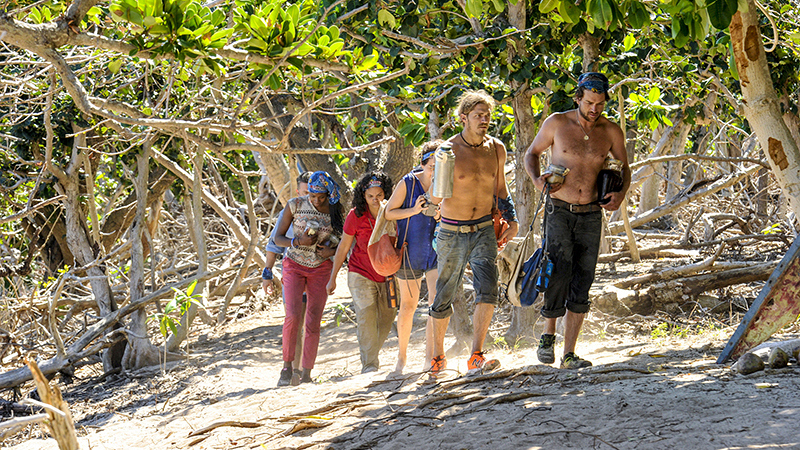 Obviously, I wish Malcolm never went home, because we were super tight. Together we were very hard to beat at challenges.

True to its name, this has been a season full of game changers. What surprised you the most about your time on the show?

JT: I'll be honest, I was surprised by the level of strategic play... For people like me, it was sad, because I based my decisions on "What would I do if I were them? What makes the most sense for that person?" And that's how I guessed what decisions they were going to make.

In this game, people were itching to make bad moves. People were itching to not be trustworthy. It's so much more beneficial to be trustworthy in this game. For one, when you get to the end and you actually want to win the game, you've got to have people who don't have a sour taste in their mouth for you. You've got to have people that want to give you a million dollars.

People like [Russell Hantz] in the past, they're playing a losing game. Yeah, you might make it far, but you're never gonna win. That's just what [some] people don't understand. People are so threatened by physical threats in the game, when everybody knows that any challenge is anybody's. I mean, there are challenges that small girls are way better at than big guys and vice versa. You never know what challenges are gonna bring next. Really, it makes no sense at all.

But to just fly by the seat of your pants and vote off everybody that you don't like—just like Sandra did this time to me—is not a veteran's gameplay. Usually, that's a newcomer—not someone who's won the game twice. 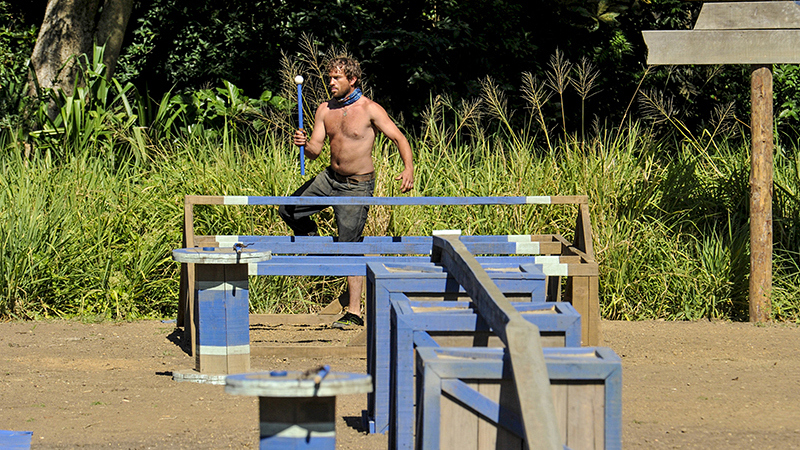 Right, Sandra even did that sugar switcheroo on you and Michaela to get you two at odds. Did that surprise you?

JT: [Laughs] It all made more sense as I watched the show—because I didn't know that until now—but she kept bringing up the sugar and made it such an incident that it was almost weird. She was really trying to pit me and Michaela against each other to benefit her agenda, which was to vote me out and have me not play an Idol in the event that I had one—which I had just obtained at the time.

So, good for her; that worked. You know, it worked for them, but it's still, in my opinion, not that great of a decision. I mean, at a swap or merge, I can't see anybody working with [Sandra]. Whereas if she were with me, I could see a lot of people working with her, because those are all my former alliances; those are people I'd been with in this game from Day 1. You want me on your side at the merge.

How did your third time on Survivor differ from your previous seasons in terms of gameplay?

JT: Physically, it was probably easier than any of them. I was with other people who were capable of providing and making life easier around camp—other than just myself, which was not always the case. So camp life and things out the gate were as good as they've ever been for me. Like, our former Nuku Tribe was the best tribe I could have asked for. It would have been a very, very different game had we never swapped, but that's not Survivor.

I think the strategic gameplay this time was actually a letdown compared to Heroes vs. Villains. People didn't seem like they wanted to win; they seemed like they wanted to make it far, but not win. It just wasn't the caliber of gameplay I expected. It was more reckless and more non-beneficial for everyone. 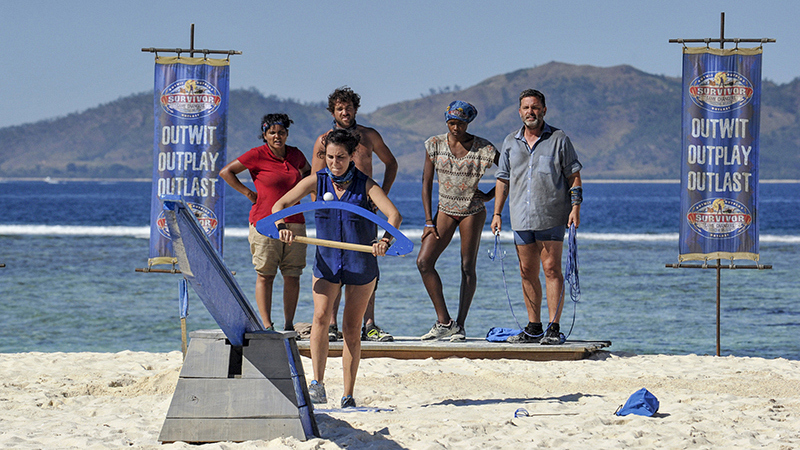 What did you learn about yourself this time around?

JT: Obviously, I was worried—I was eight years older. "Am I physical enough to compete in these challenges? Am I still going to be able to do things like that?" But, obviously, I think that went well for me.

But the [Game Changers] gameplay, I mean, I was prepared, I just... I think I put too much thought into some of these things—and it looked like it was the opposite. It's like, "He never thought about bringing his Idol?" Well, I thought really hard about it! In fact, I almost gave up my secret by going [back] to get it before Tribal, just to be safe.

It's just... you never know, you know? You trust some people and more than likely you're trusting the wrong person.

Well, you've played this game three times now. What advice would you give to future castaways playing this game?

JT: If you really want to win this game, if you're playing to win, you can't be scared to make moves. Unfortunately, it didn't work out for me a couple times in a row. But I don't think it's always going to be that way. 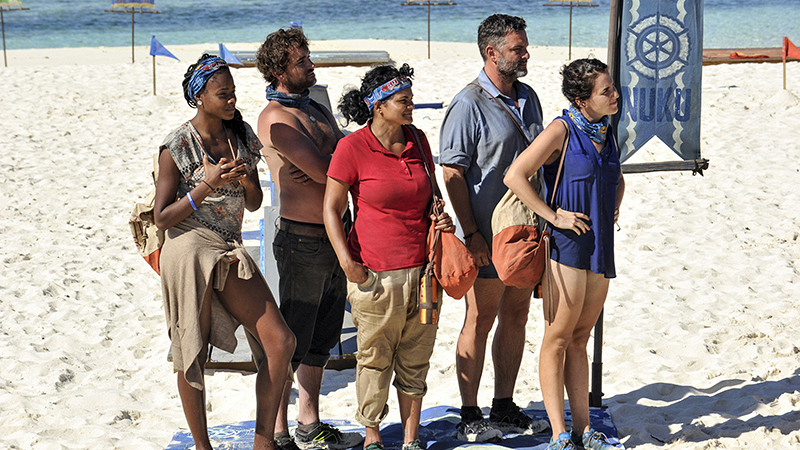 Would you come back for another go at some point?

JT: You know what? There's no doubt I would. I mean, immediately when I got voted off, I was like, "I can't do this again, man. This is so tough for me." I'd never experienced being voted out that early, ever. I mean, it was very tough for me. But as hard as it was, it only makes me want it more, you know? All I can think about is losing Heroes vs. Villains and now losing this one. It's tough. So I would love for an opportunity to play again. 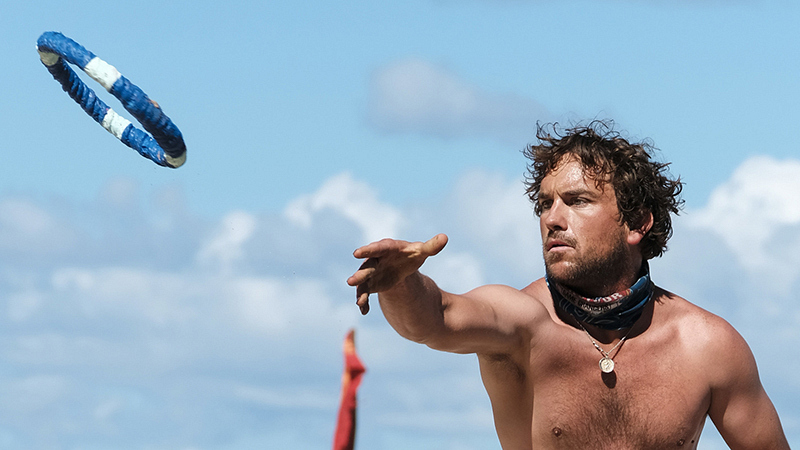