Michaela Reveals Her Attitude Was All An Act On Survivor: Game Changers

Here's what the Millennials Vs. Gen X alum had to say about her game and that unprecedented Tribal.

In yet another shocking twist on Survivor: Game Changers, Michaela Bradshaw got caught in the crossfire of a secret advantage fiasco between Cirie and Sarah, which resulted in the end of her game.

Following last night's episode entitled "Parting Is Such Sweet Sorrow," we caught up with Michaela to talk about the surprising moment, as well as her own feud with Brad Culpepper and the secret strategy she came up with playing back-to-back seasons of Survivor. 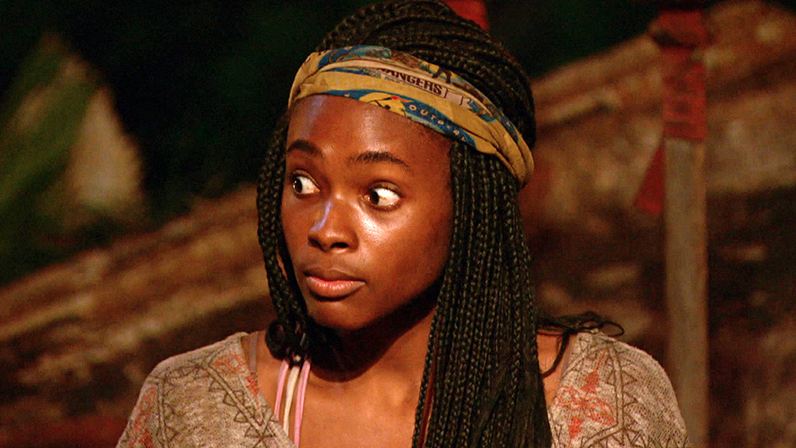 What was going through your head when your name was first called at Tribal?

Michael Bradshaw: [Groans] When my name showed up once, I knew it was over, because that wasn't what I was whispered, and that meant I was out of the loop.

Having now seen the episode, what are your thoughts on the whole advantage fiasco that went down?

Michaela: Well, three thoughts. One, I told Cirie not to play that advantage. [Laughs] But she was just hell-bent on doing it.

Two, it just makes me realize and remember and take a mental note with a knife and blood that I need to keep my eyes open for positive opportunities in negative situations. If that advantage had been in my bag, she never would have had to deal with this whole thing. But it is my fault that the advantage wasn't in my bag.

Then, three, it makes me respect Sarah's game even more, because this girl intentionally did not give Cirie that advantage until moments before Tribal Council. So, Cirie never had a chance to read it. Cirie is smart enough—if she had read that "non-transferable" thing on the beach, she would have known, "Ah, this ain't gonna work." But she never had a chance because Sarah purposefully withheld that advantage until the last minute and snuck it in Cirie's bag.

So, Cirie was just as surprised as everyone else. She read it and realized she had no power to use it.

Did you ever think Cirie was playing you when she acted as your mentor? There were moments where it seemed like maybe she had ulterior motives. Did you get that sense, watching the episodes?

Michaela: No, not at all. I trusted Cirie 100 percent, and I know it was real. The trust that me and Cirie had extended way beyond Survivor. It was a deeper trust.

So, the things that Cirie was doing—like voting for me at one of the votes—Cirie does stuff like that, because she is an expert at the strategy aspect of this game. She's an expert to the point that she's manipulating things behind the scenes and perfectly not letting you know what she's doing until the right moment.

I believe that, up until the episode showed her talking to Zeke and telling Zeke to go talk to Sierra about voting for Hali instead of voting for me, I don't think Zeke, on the island, ever knew that he got played by Cirie—and Cirie does that stuff on purpose. It's part of her building her résumé, and she'll let everybody else in on what she's doing at the appropriate time.

So, I get it. I don't think Cirie had any plans of backstabbing me or doing anything wrong. I simply think she made a miscalculation, and that miscalculation unfortunately cost me my game.

Are you rooting for Cirie at this point?

Michaela: You know, I'm rooting for the person I think played the best game. So, if the final episode shows that's Cirie, then cool. But the final episode may show that that's not Cirie, and I'm cool with that too, because I think the one who played the best should win. The next three Tribal Councils, there's only gonna be one left, but every one is gonna be like, "AHH!" So, I'm just waiting for y'all to catch up to see what I saw. 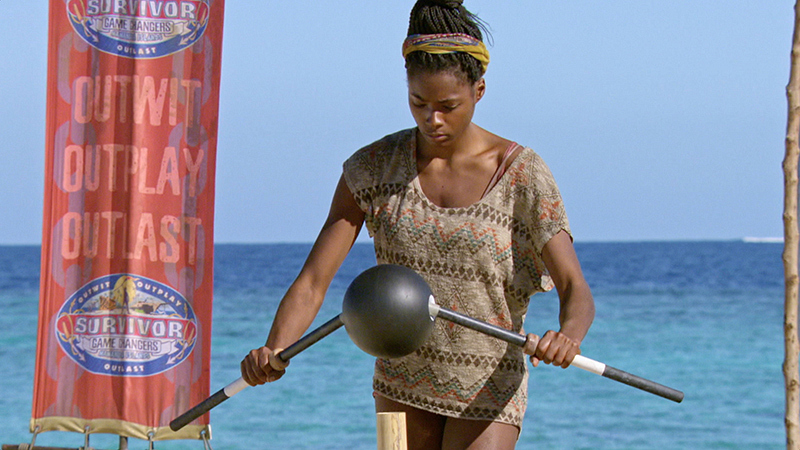 You and Brad Culpepper seemed to butt heads, especially toward the end of your run. Are you two on better terms now, or might you be down the line? Have you guys talked?

Michaela: [Laughs] Nah, I tried to text to Brad. It was the most awkward thing in my life.

I don't know why, him and I, we just never mixed on that island—and I have no ill will. I actually wanted to try to work with Brad, because I figured that his personality and mine wouldn't have really mixed that well, so it would have been the perfect alliance, because no one would expect it.

But from the moment I got swapped back to Mana and had Brad, Sierra, Hali and all these people—Brad and Sierra just never, for some reason, they immediately were out to get me, and I was never able to make any real headway with them. 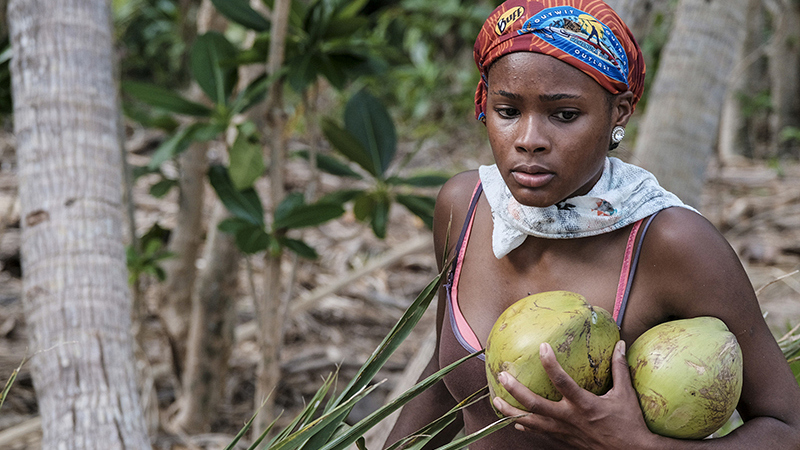 The conversations that I had with Brad—and I'll admit, that conversation [about Brad fishing], I should have approached it with a little more nuance, but what I was trying to do was tell Brad to go fishing, because I'd just spent about five minutes explaining to people, "We don't need to vote Brad, because we'll all starve, and we still have like a week left."

So, I knew the tides were turning to Andrea, but then Brad goes running off, and so Andrea was like, "Well, where's Brad? He's probably looking for an idol." So, now I have to go running through the forest, and I'm tired—that's why I have my walking cane—you know, I'm trying to find Brad, trying to tell him like, "Yo, dude! Do the one thing that makes you an asset to this tribe. Go fishing, and you'll prove to them that we need you here."

But then he hit me with that "You're trying to blackmail me" and stuff, and I was like, "See, that's why I can't talk to you." [Laughs] 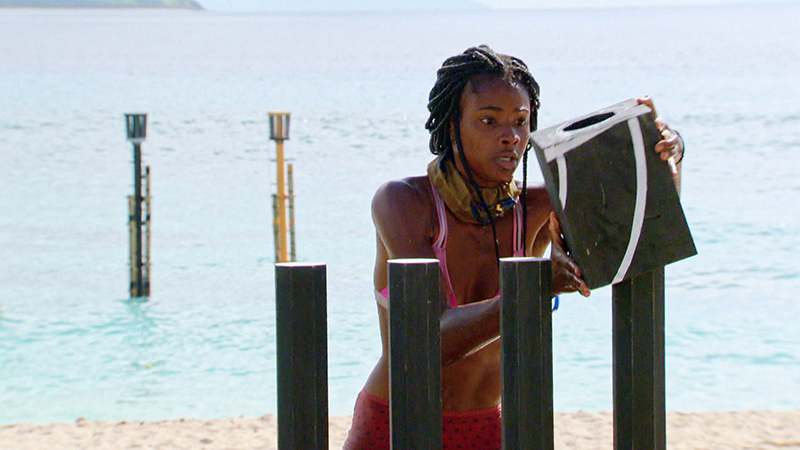 So, you and Zeke were kind of in a unique position in that you were both playing back-to-back seasons. What was it like for you finishing up Millennials Vs. Gen X and going straight into Game Changers?

Michaela: You know, it was interesting—I'll just put it that way. Never having the time to fully debrief from the first season, it was hard.

But the one thing I was able to do going into Millennials Vs. Gen X—I had written out a game plan for myself, and coming out of this, the day I was voted off, I went back and read what I had wrote down, and I saw very specific points where I had deviated from my original plan.

So, going into Game Changers, my goal was to stick to the plan and make one minor adjustment, and that adjustment was: don't allow people to think I'm a threat; don't allow people to see what I can do physically; don't let them think you're too smart; don't let them think that you're too articulate; just kind of be that person that's like, "pick one thing, and that's all you can be."

I didn't know that part was going to be so real for me, because I had people thinking I was the most agitating, irritating, dumb, lazy, shiftless—all these negative things, and it was just so hard for me to hear those qualities thrown on me every single day. But I'm like, "This is what you asked for, Michaela. You wanted to be underestimated to make it further in the game," but that was the hardest part of the game for me.

But, you know, I got further! Four days from a million. So, maybe it served its purpose. 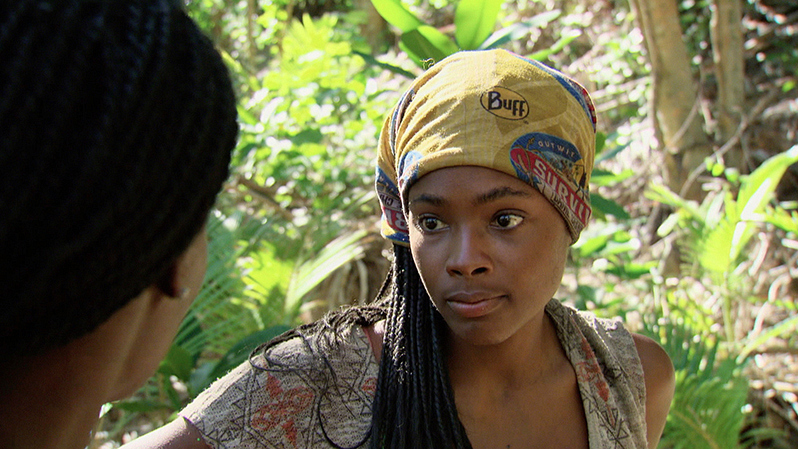 Knowing that, would you have done anything differently?

Michaela: Yeah, there are three things I would have done specifically differently—and only one is related to my actual gameplay.

One, I would have kept my eyes open for that advantage. [Laughs] That would have saved me.

Two, I would have not allowed my resentment toward people—like Brad treating me so bad—keep me from strategizing. Because I really hit that point where I shut down toward a couple people, because for a month straight they had just treated me in a not-nice way—and I didn't want to work with them! But you can't afford to burn bridges, in real life or in the game, and I learned that lesson the hard way.

But then, three, when I told Cirie, "That's a bad idea," I actually wanted to vote Sarah instead of Aubry, but Cirie was not having that, and nobody else was really strategizing with me on a deep level. But I should have taken the onus upon myself and scrambled—as opposed to just trying to take a passive route at that moment to avoid upsetting Cirie.

Because, at the end of the day, yeah, we were partners in crime, and we were going to ride or die, but sometimes, if I know what's better, I need to do what's better, and I could have scrambled harder that last day. If I would have, I probably would have made it to Day 36. 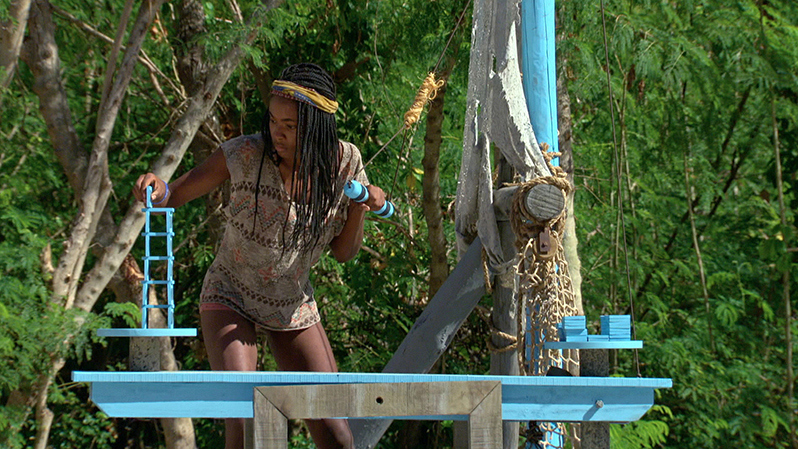 What do you think was your biggest game-changing move this season?

Michaela: Let's think about this... I think making headway with Sandra at the first part of the game was a big move, because I went up to Sandra, Day 1 of the game, and she was a top player, but I ended up getting closer to Sandra. And that allowed me to use her as a shield, and she was able to flip that vote to make JT go home. So that was a major thing, because that helped me make it to the merge.

But then my other game-changing move was, when everybody at the new Mana wanted to vote out Cirie, I extended the olive branch to her, and that's when we were able to have real moments. Having her in my corner is what kept me in the game on the most crucial vote, which was that first vote into the merge.

So, I think those two relationships were my biggest game-changing, positive moments of the season. I've got a couple negative ones, but, you know, we ain't gonna talk about those. [Laughs]

What advice do you have for future castaways trying to play this game, like you have twice in a row now? 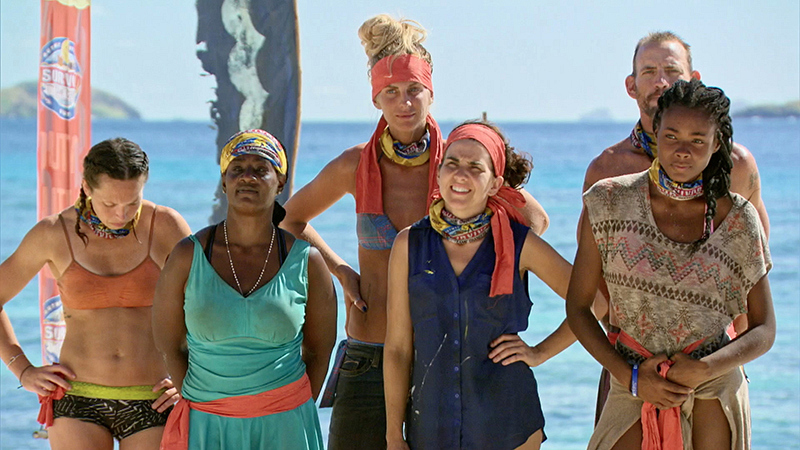 And then, when you get to a certain point, just go crazy. Like, don't worry who you're aligned with—just be reckless. If you're reckless, and you stay in the game, you might find yourself winning a million dollars.

Would you come back for a third go-round at some point?

Michaela: [Laughs] I'd go back! I mean, it's just a lot of money. I'd do it, but I'd need to wait years. I'd need to get a little more polished, a little less rough around the edges. I think I need to pop out a kid or something, because I heard that calms you down. You know, I need to grow. I think that would help me out a bit.

But, yeah, I'm always open. I'm open to Amazing Race. I just want to have fun and live a real crazy, exciting life. I don't want to have a boring life, and Survivor's anything but boring, so bring it on. 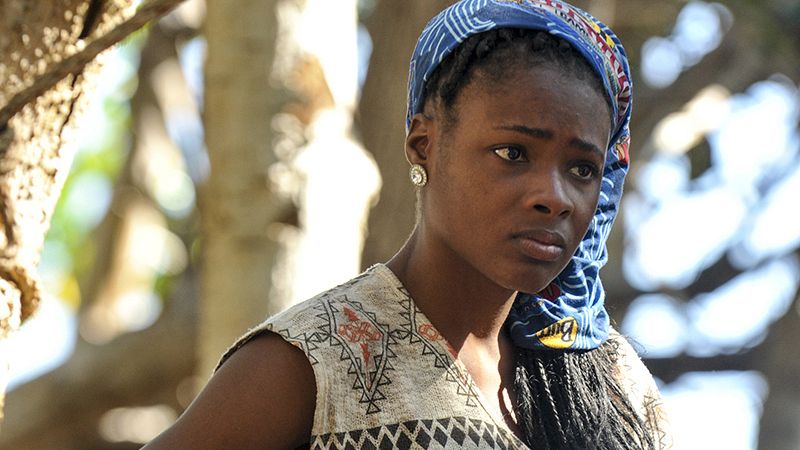 Watch the season finale of Survivor: Game Changers on Wednesday, May 24 at 8/7c on CBS and CBS All Access.